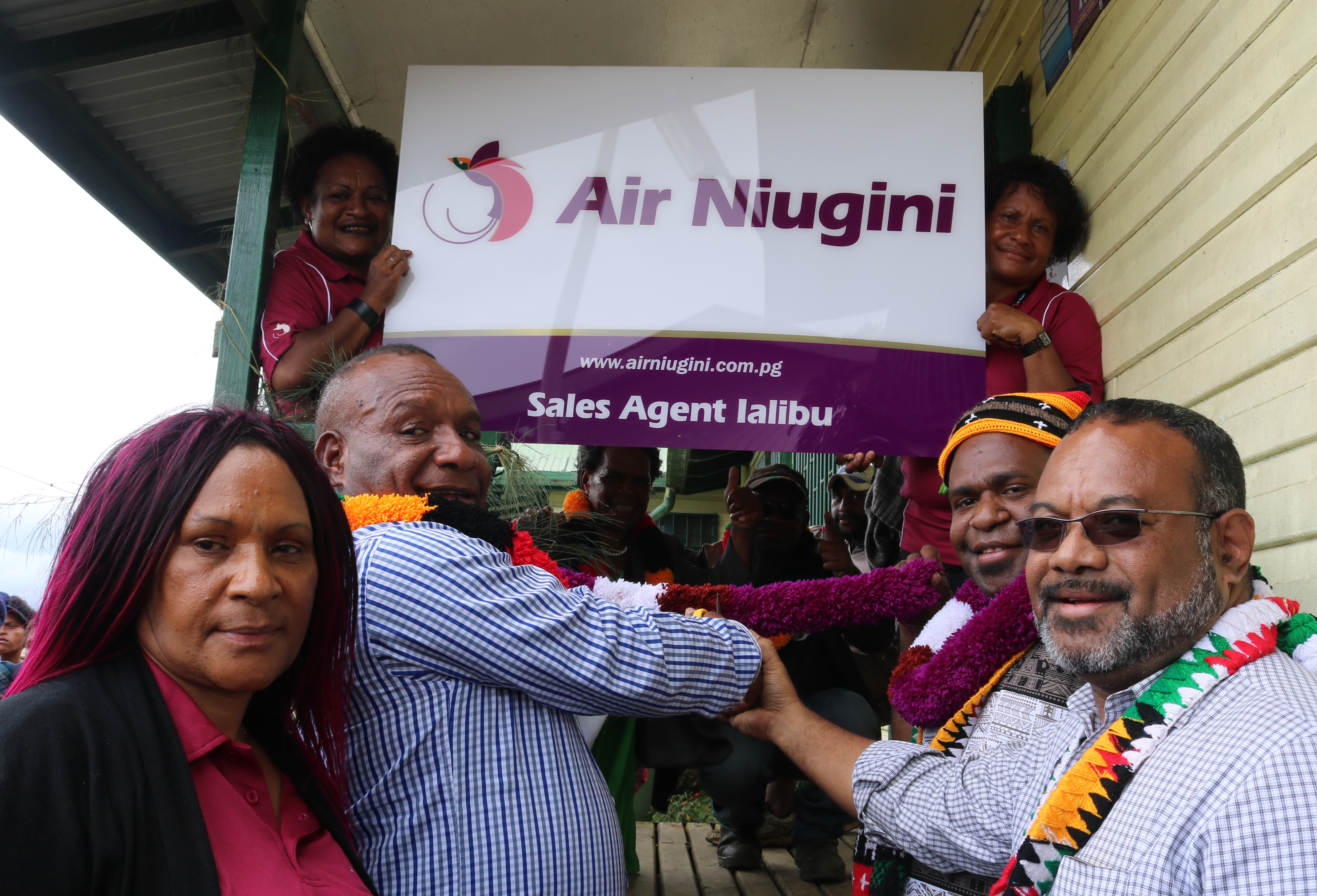 Air Niugini has officially opened a Rural Sales Agent(RSA) in Ialibu, Southern Highlands last week bringing to total seven RSAs appointed so far to represent ANG by providing its services including sales of tickets to people in underserviced, rural communities who do not have direct access to the airline services.

Air Niugini’s Executive Manager, Sales and Distribution –Charlie Wanma told hundreds of people that gathered for the launch at Ialibu-Pangia station that ANG understands the challenges of people moving to and from rural areas into towns and cities to access airline services and therefore has brought these services right to their door steps.

He said “ RSA is part of the airline’s commitment to service the rural communities and as a state owned entity, we must not only operate in towns and cities but also in rural areas where the bulk of our population lives.”

A woman leader in Ialibu, Margaret Kawa commended Air Niugini for the service, adding that with the airline service now in her community, people do not have to travel for hours to get to Mt Hagen or even Mendi to buy airline tickets.

“ It’s costly and risky at times to travel to and from here to Mt Hagen, there were occasions where our PMVs were held up by criminals and money and market food taken off us. Having Air Niugini service here would ensure convenience for everyone.”  Mrs Kawa said

Mrs Kawa also continuously apologized on behalf of the people of Southern Highlands as to the burning down of Air Niugini’s Dash 8 aircraft in Mendi last year. She was supported by Chief Executive Officer of Ialibu/Pangia District, Samson Wereh who urged the people to be responsible for services and facilities in the district.

Mr Wereh said “Most of these services have been made possible through public and private partnerships. While we appreciate and accept new services, we must also be responsible and take care of these services, which are established here to serve us in the district.”

Air Niugini Ialibu RSA is located within the Ialibu District Administration Office. Rural Sales Agents are local business men and women in rural communities whom ANG has identified, trained and equipped with tools to act on behalf of the airline. They are recognized and endorsed by ANG as its brand ambassadors and the airline supports them to provide a complete solution for its clients.

“ If you are in any of these districts, we encourage you to fully utilize the airline services provided by the Rural Sales Agents as this medium was developed specifically for you. Additional RSAs will be appointed soon.” Wanma concluded.