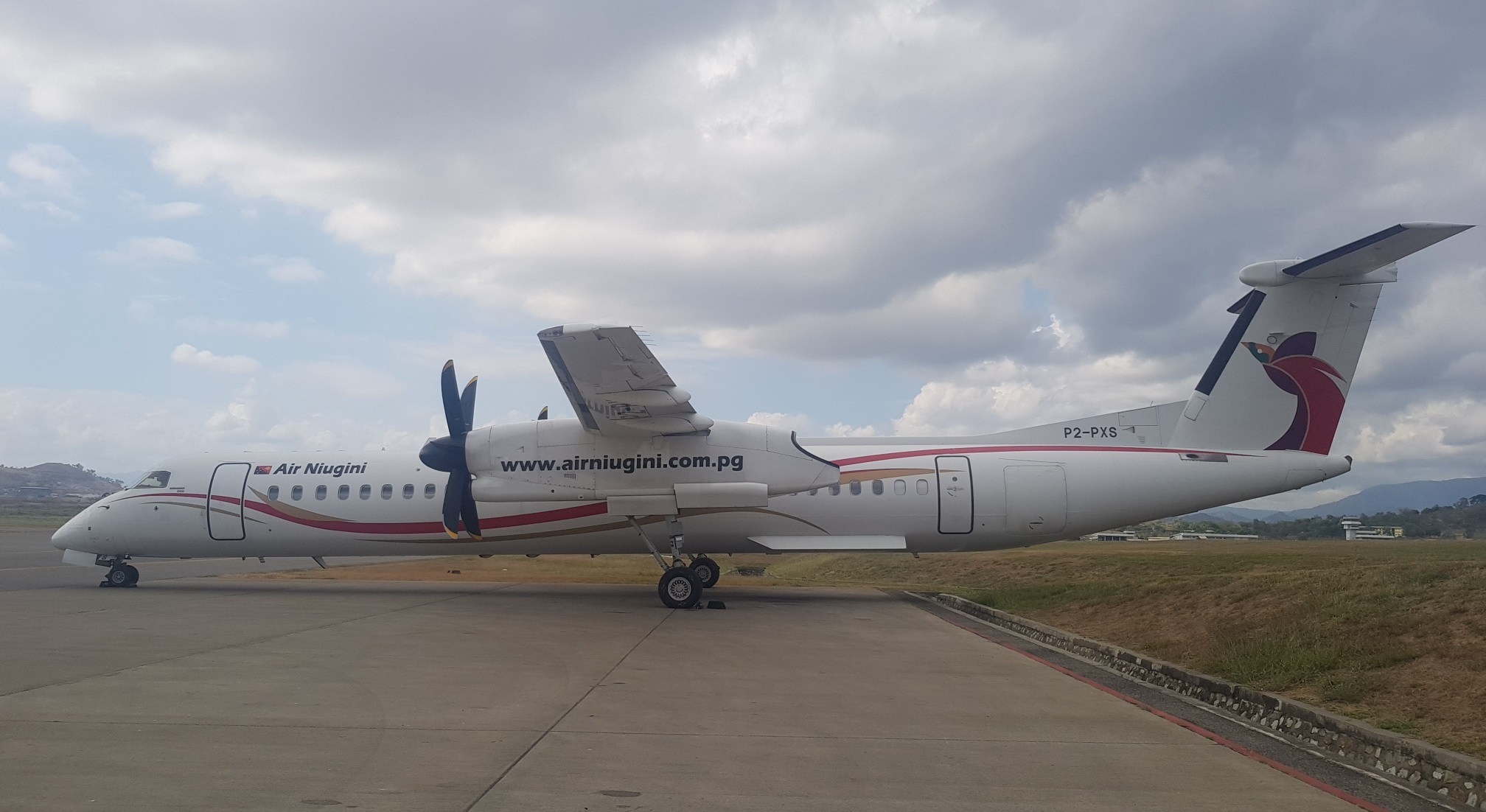 Air Niugini is now an all-jet aircraft operator after the last of its six Q400 turboprop aircraft left the country on Tuesday 20th June destined for its new owner.

The ANG aircraft fleet now comprises 2 Boeing 767, 3 Boeing 737, 7 Fokker 100 and 5 Fokker 70, with another 4 Fokker 70s scheduled for delivery over the coming months. These aircraft operate both ANG’s domestic and international routes.

Air Niugini Chief Executive Officer, Mr Simon Foo said the Q400 aircraft delivered to Air Niugini by Bombardier since 2010 have served their purpose, however Air Niugini is now streamlining its fleet to reduce the number of different aircraft types and ensure commonality in its operations.

He said “When you have a common fleet of aircraft, you have common spare parts and common crew including pilots and cabin crew. This results in greatly reduced costs and increased efficiency in operations”

“A Fokker 70 is a longer range aircraft than the Q400 and the ATR , which is of significant benefit as Air Niugini continues to expand its services across the country and the region. The aircraft flies faster and higher than the turboprops, shortening journey times and avoiding adverse weather which is so prevalent in PNG” Foo said.

Air Niugini has so far received seven of the total nine Fokker 70 aircraft purchased, with five already in service and two more being prepared for service. The Fokker 70 aircraft operates key domestic routes which the Q400 used to operate, as well as existing and new international routes to Cairns, Townsville and the Federated States of Micronesia. Once the fleet transformation is complete, Air Niugini will have a total of sixteen Fokker jet aircraft, comprising the nine Fokker 70s, plus seven larger Fokker 100s.