Air Niugini Board Thanks All Staff For Their Efforts 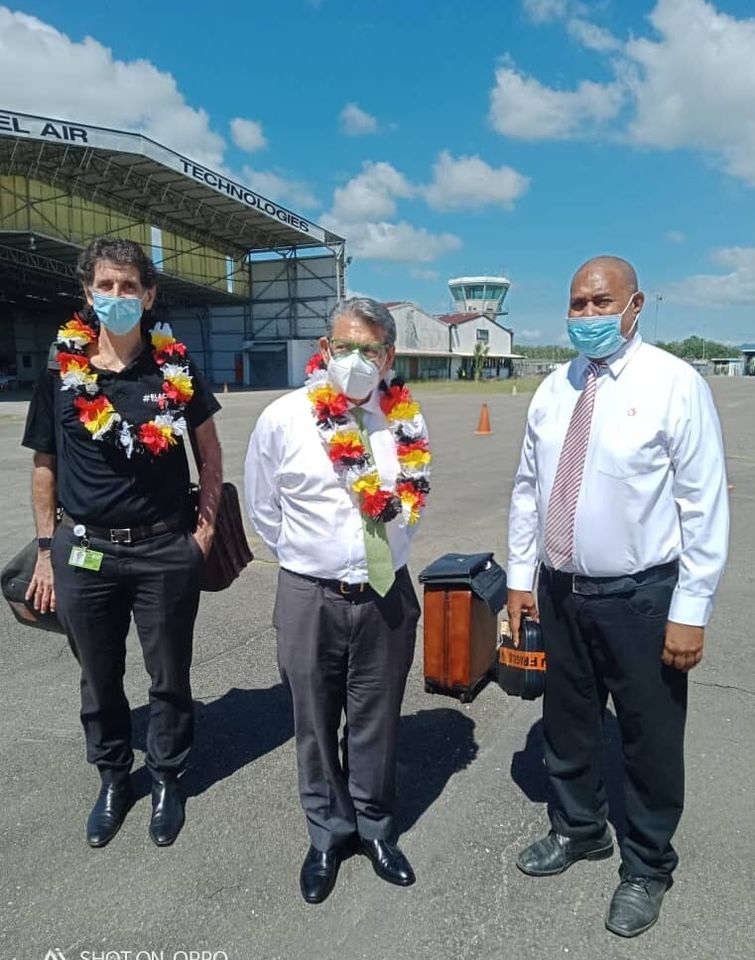 The Air Niugini Board took the opportunity of a Board meeting yesterday to thank all the staff of Air Niugini for their efforts and hard work over what has been an extremely challenging period. The Board also thanked the people of PNG for their continued support by choosing to travel on Air Niugini, PNG’s National airline, and the airline of the people of PNG.

The Board noted that the last five months have been extremely challenging, however despite the Covid crisis it is pleased to share some good news on how Air Niugini has delivered for PNG during this tough period.

We know that getting away on time is one of the most important parts of our customer’s flying experience, and Air Niugini’s on-time-performance (OTP) has never better! Air Niugini’s OTP performance, as measured by flights that depart the gate within 15 minutes of the scheduled departure time, is 99.8% for all flights. Link PNG’s OTP is also an impressive 95.7%. During these difficult times Air Niugini’s OTP is almost certainly the best in the world.

We also understand flight cancellations are frustrating for the flying public. As a result of our staff’s commitment to delivering service excellence Air Niugini and Link PNG’s flight completion rate has increased from a good 98.8% in May to a perfect 100% in August.

The Chairman of Air Niugini Sir Kostas Constantinou was pleased to be able to brief the Board that the airline has continued to deliver for the people of PNG throughout the difficulties of the past five months. The airline has maintained services to all cities and towns across PNG, even during periods where passenger loads meant this was not financially viable. This has included ensuring that essential travelers as well as cargo have been delivered safely to their destination to assist in the fight against Covid to keep the economy running. Within this cargo have been vital medical supplies, Personal Protective Equipment (PPEs) as well as much needed goods and services.

Air Niugini has continued to link PNG to the world via the airlines international network using its Boeing 767 and Fokker 70 jets.  This is even on routes where the airline has not been allowed to carry any passengers, which has allowed PNG exports to continue to be sold into the world market and important cargo brought into PNG. The airline has assisted by bringing many Papua New Guinean’s home, at a time when they would otherwise be stranded overseas.   This has included repatriation flights to Kuala Lumpur, Fuzhou, Manila Nadi, Honiara, Port Vila, and Shanghai

Sir Kostas noted that during this unprecedented period Air Niugini has have even helped out our big neighbor to the south, by uplifting fresh export  cargo from Brisbane for sale into the Singapore market. In fact with the five flights to Brisbane and weekly Cairns service, Air Niugini is at present Queensland’s largest international airline.  Equally looking back to the 1920’s when     the Lae-Bulolo carried more cargo that the rest of the world combined, recently Port Moresby-Mt Hagen and Port Moresby-Lae have been two of the busiest air routes in the region.

Sir Kostas stated that “Whilst I have no doubt there will be more challenges as we continue to push through this emergency,  Air Niugini has been here representing the interests of the people of PNG for over 47 years, and we will still be here representing PNG as we emerge from the global crisis.  PNG has learnt it can depend on Air Niugini, even in the toughest of times, and everyone at Air Niugini can be rightfully proud of your contributions to what we as the Air Niugini family have continued to deliver“

The Board took the opportunity to express its sincere thanks and appreciation to each and every Air Niugini employee that has kept the airline going through these turbulent times, and also to every Papua New Guinean who supports PNG’s National airline  by choosing to travel on Air Niugini