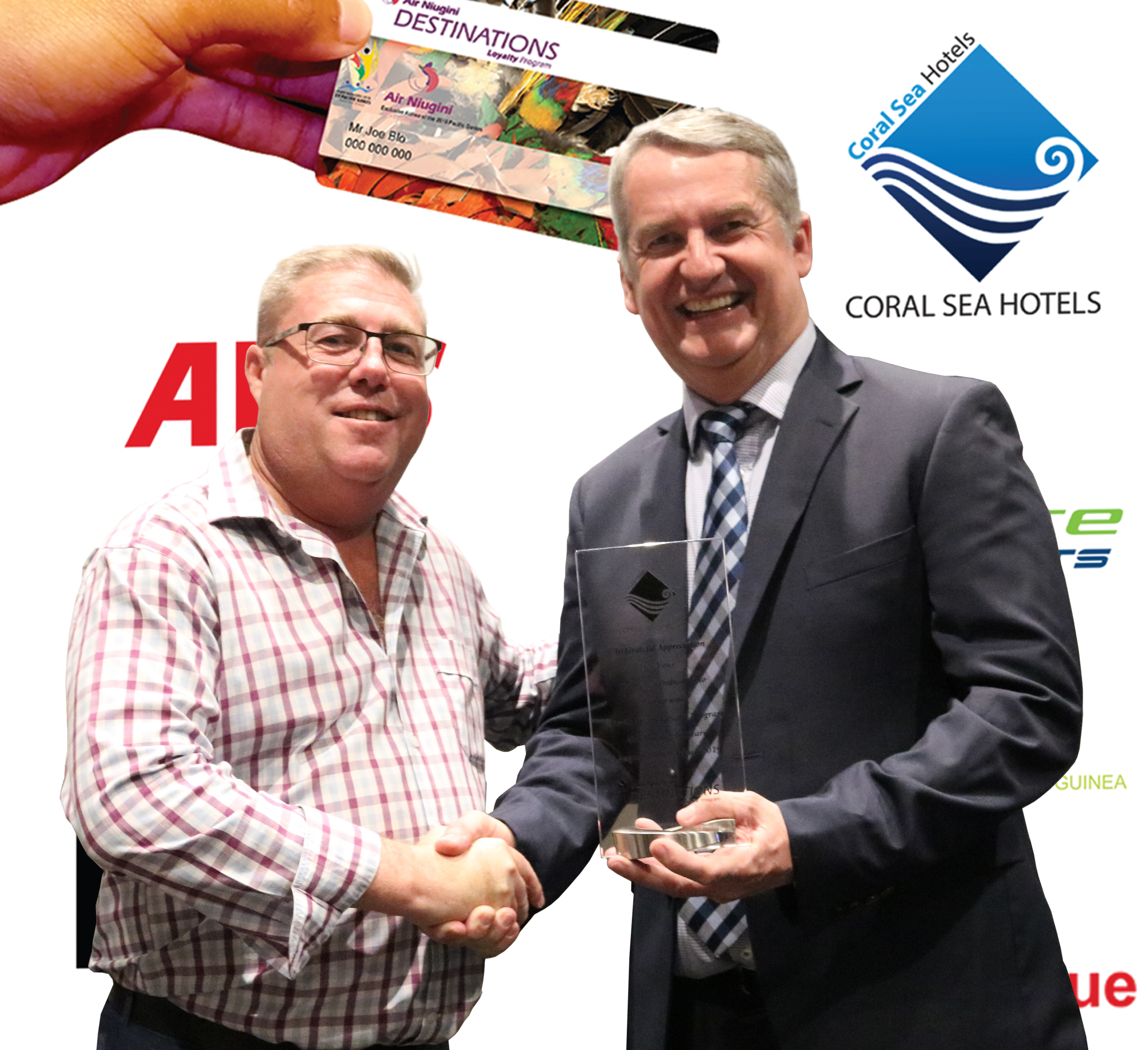 The program was launched in August 2009 and currently has 115 000 active members with over 600 million points awarded and over 130 million points used by members for flights.

The program is an innovative feature in Air Niugini’s marketing program that provides effective strategy for identifying, growing and developing a long term relationship with most valued customers.

The loyalty program provides customers the opportunity to be awarded for choosing to fly with Air Niugini.

There are a total of 19 corporate partners that are involved in the program including AVIS Rent a Car and Coral Sea Hotels that have been partners since day one.

Other partners that have come on board include Pacific MMI Limited, Holiday Inn Hotel, CHM, City Boutique Hotel and Tower Insurance.

These partners were acknowledged during the Destinations 10th Anniversary cocktail network on Saturday, 31st of August in Port Moresby.

Air Niugini Managing Director, Alan Milne highlighted during the event that the destinations program is a wonderful success and it cannot be done without the partners.

“It really is a partnership program and we appreciate the input of all our partners. The program is about what we deliver as an airline and most importantly what we deliver to our customers.

“It recognizes those that are supporting Air Niugini the most and we want every citizen to be a member of our destinations program to recognize the benefits that staying loyal to Air Niugini can provide,” Milne said.

From recent surveys, members’ feedbacks have been asking for more customised benefits.

Air Niugini will soon be introducing five new membership levels, Bronze, Silver Plus, Family, Company and Emerald, to the program which increases the membership products to 8 in total.

Air Niugini Destinations Loyalty Program Manager, Henry Gelu explained that the program was designed specifically for the PNG market where the bulk of customers come from.

In 2017, the Destination Loyalty mobile app was launched enabling members to check their points and find partners from which they can earn points.

Gelu said, “Our most recent achievement has been the introduction of online redemption of points, a seamless process where you can book and receive your reward ticket online.

“From feedback over the years, we had to introduce another level of membership, the minors club that was developed specifically for young travellers that travelled alone so they could sit in a secure and comfortable environment while waiting for their flights.”

Partners of the destinations program were also given the opportunity to showcase their services at the 10th Anniversary Open Day Expo for members staged on Saturday.