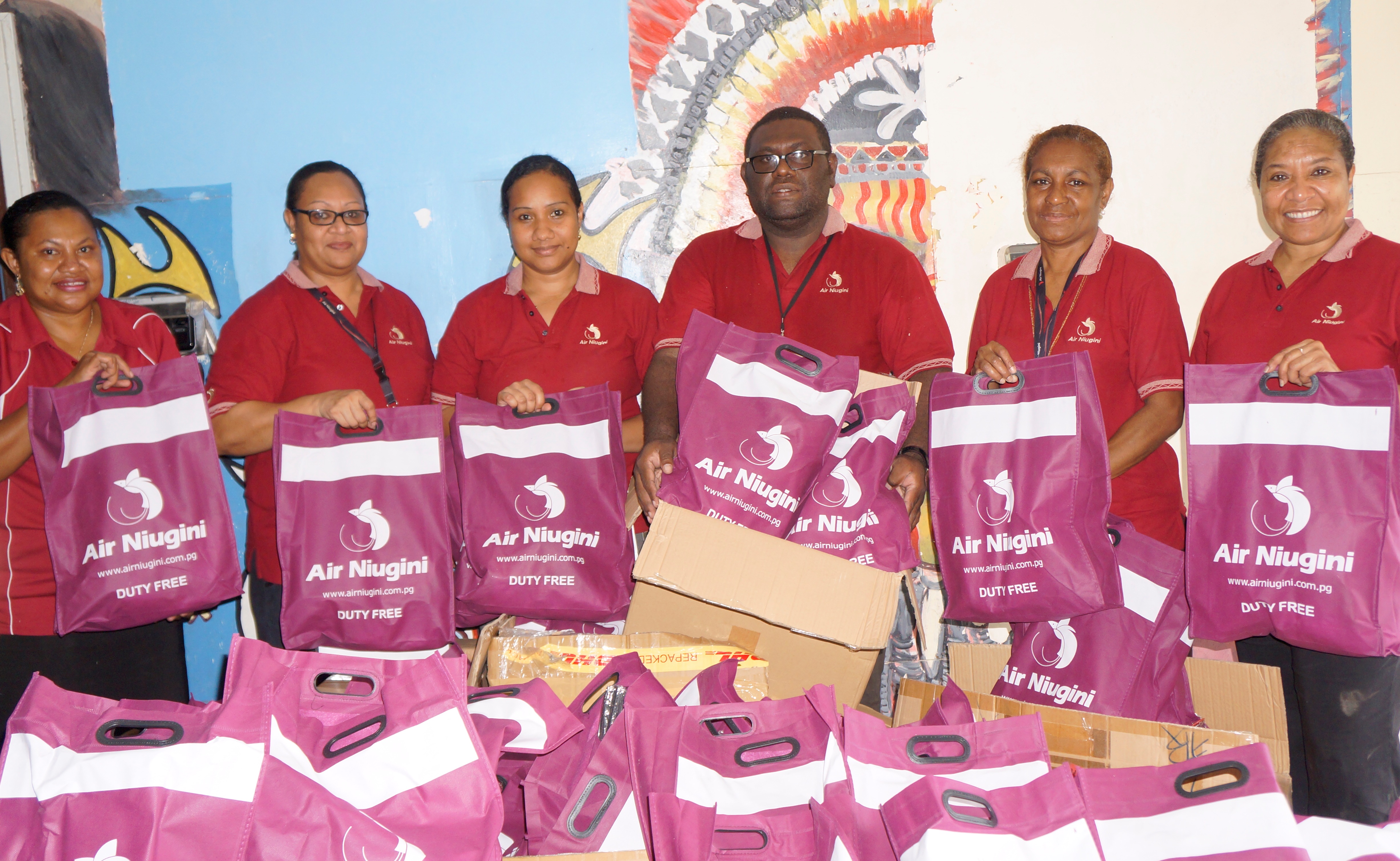 Air Niugini donated over 150 gift bags to patients at the Port Moresby General Hospital (POMGH) on Thursday 07th December as part of the Christmas gesture to bring smile to the sick and less fortunate.

The gifts were received by staff at POMGH’s Social Work Department who will later distribute to patients at the hospital.

Air Niugini’s Executive Manager-Maketing, Ms Nori Maniana said  it is part of the airline’s community service obligation and this was not the first time, Air Niugini donated gifts during Christmas.

“We do this every Christmas, either visiting patients at the hospital or people living with disabilities at the Cheshire homes. Christmas is a time of giving and sharing and we at Air Niugini are happy to be able to share that moment with the sick and less fortunate.”

She said in future, Air Niugini may look at going to a rural hospital to extend similar gesture to patients there. Apart from Air Niugini, the airline’s social club is also involved in similar charity work.

“Everyone has different wishes and dreams of things they hope to do and maybe focus on something positive in the New Year. On behalf of our CEO, Mr Simon Foo, his management and the staff, we wish you all a very merry Christmas and prosperous new year ” Ms Maniana concluded.