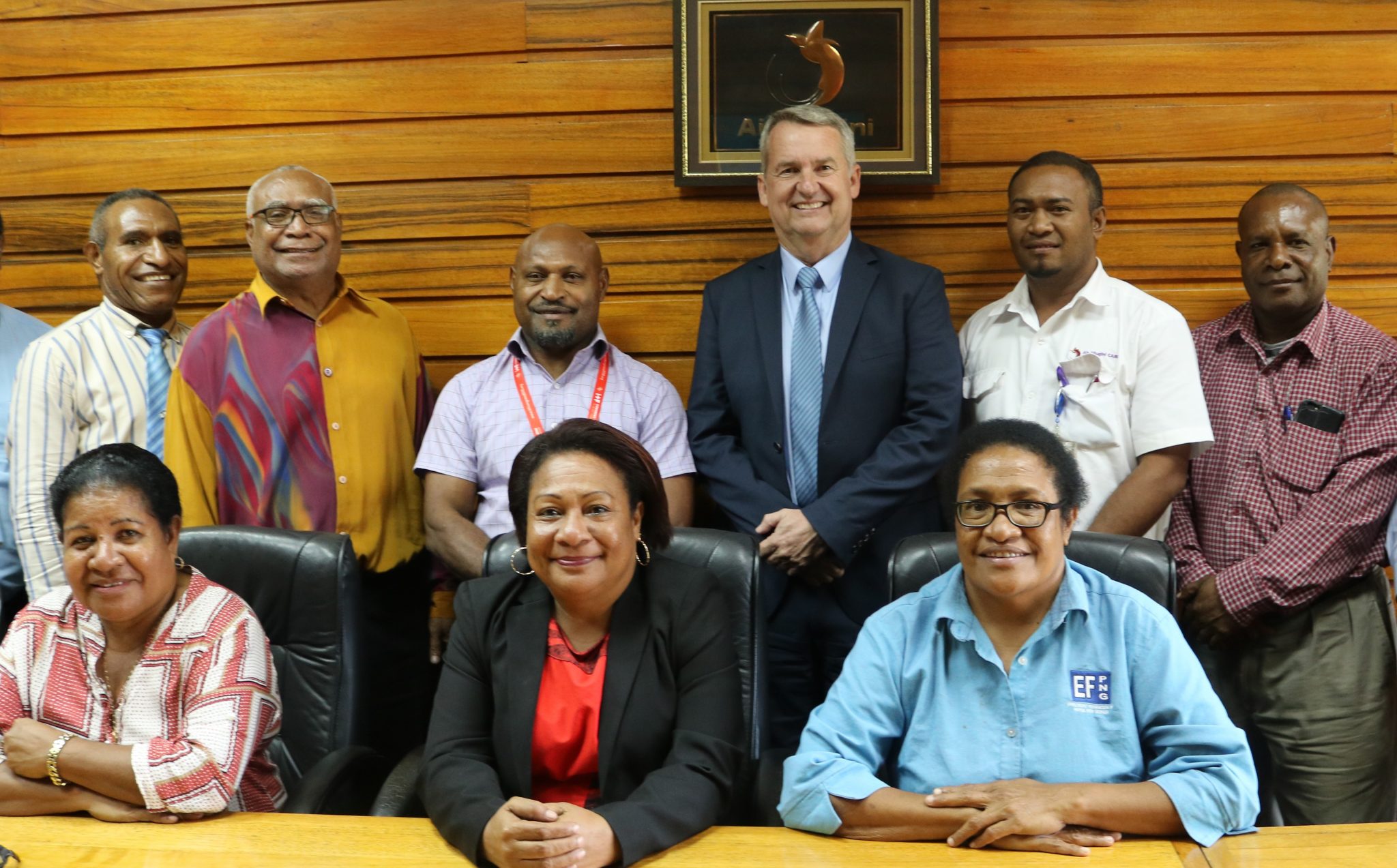 Air Niugini has renewed the National Airline Employees Association(NAEA) Agreement 2019-2022 which addresses all issues raised by the Union members including a modest increase in housing allowance with additional privileges of cargo rebate and improvements to staff travel.

Air Niugini Managing Director, Alan Milne during the signing of the agreement on Tuesday 18th February said the negotiations and discussions were based on tough, prevailing economic circumstances which not only had an impact on Air Niugini, however also other airlines in the region.

Mr Milne said improvements to staff travel and cargo rebates are additional privileges granted as a token of the management’s appreciation and recognition to all staff who continue to show commitment and loyalty.

Mr Milne thanked NAEA for their time, effort and understanding in working with and supporting the airline through difficult times, adding that the Union is a very critical and important partner to the business.

“Bargaining in good faith has underpinned the negotiations and this has enabled both parties to achieve a positive outcome. I wish to assure the Union of management’s commitment to work with the Union at all times and as mutual partners.” Mr Milne said

NAEA President Samson Nul said considering the current economic situation, it was a great outcome for both parties.

He said, “It was tough going on both sides but we reached a positive outcome for the 1,400 members. Both parties are happy. We look forward to working amicably with Air Niugini management to bring the airline forward.”

The previous Agreement expired on December 31, 2018. The new Award will be in effect for four years from 2019 to 2022 with negotiations concluded and signing of the agreement which took place early this week witnessed by Industrial Registrar, Helen Saleau and representatives of Employers Federation and the Labour department