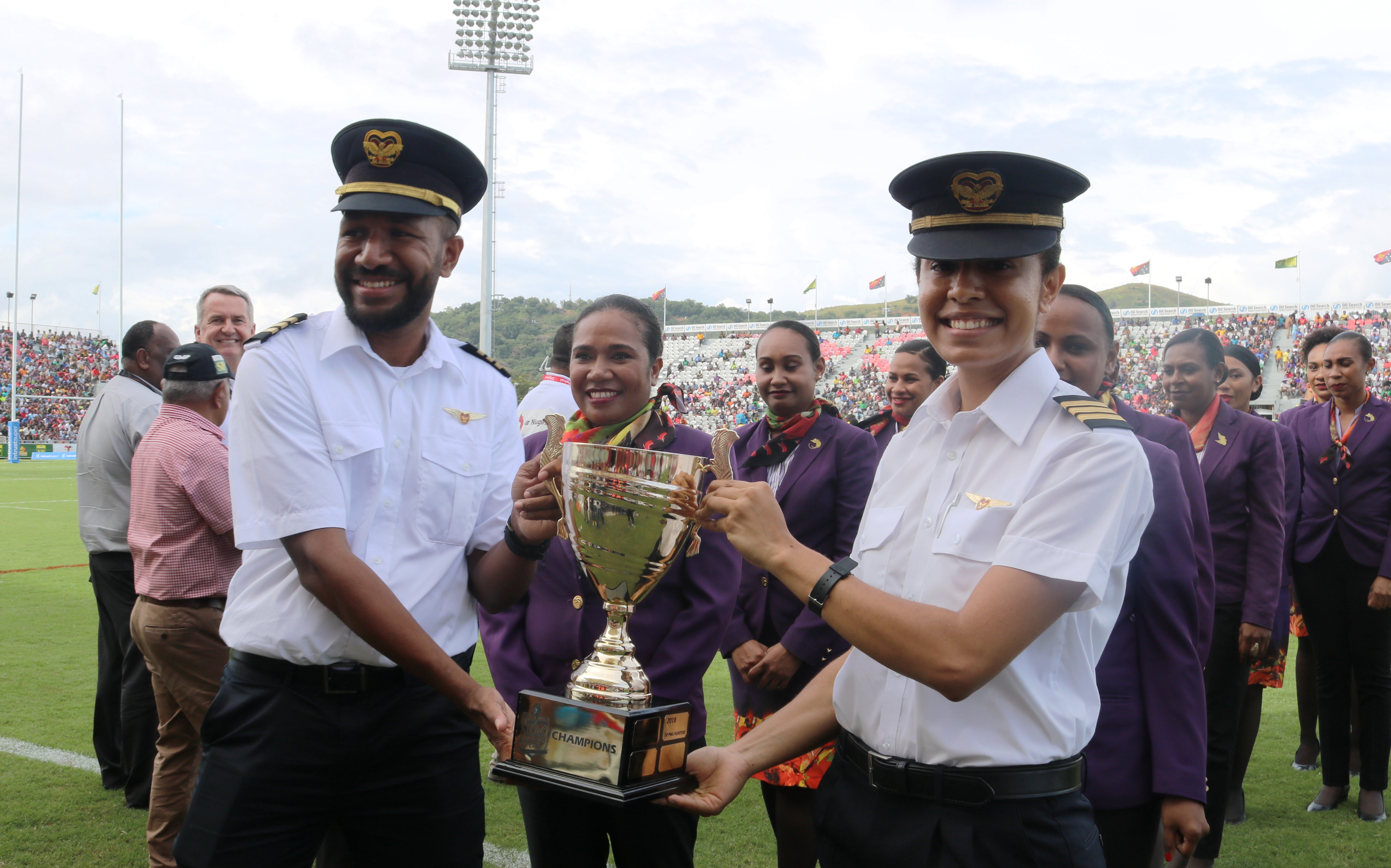 Air Niugini has successfully hosted the 3rd annual Kokoda Cup match in a colourful ceremony yesterday (Sunday, 05th May) at the National Football Stadium in Port Moresby, coinciding with the Queensland Intrust Cup round 9 match between SP PNG Hunters and Townsville Blackhawks.

The cup was carried onto the field by two Air Niugini pilots, First Officers Ponrilei Posanau and Bernice Watinga, accompanied by the lovely cabin crew- all in uniform. The pilots handed over the cup to Air Niugini Managing Director, Alan Milne who later passed it to Chairman of PNG Rugby Football League, Sandis Tsaka.

He said “ Kokoda was arguably most significant campaign of the second world war, an important event in the history of both PNG and Australia. As an airline, we continue to commemorate this important event and the friendships forged during those difficult times. We also acknowledge rugby league fans and supporters who continue to turn up in numbers to watch the game in appreciation of the battle of Kokoda.”

More than 600 Australian soldiers died, over 1000 were wounded and 4,000 plus casualties mostly due to sickness while fighting along the Kokoda track to stop the invasion of Japanese to capture Port Moresby. Soldiers were challenged by steep, treacherous inclines, deep valleys, dense jungle, drenching rain that frequently turned the ground into swamp.

It was during these difficult times that Papuan and New Guinean men were employed as carriers who played a vital role, carrying supplies and evacuating the seriously wounded and sick troops to safety, sometimes under fire. Their compassion and care of the casualties earned them admiration and respect from the Australians, who dubbed the men the Fuzzy Wuzzy Angels. The friendship between the people of Australia and Papua New Guinea continues to this day.

Townsville Blackhawks won the match 24 -14, taking the cup away for the first time in three years. The SP PNG Hunters will have to work hard next year to bring back the Air Niugini Kokoda cup.