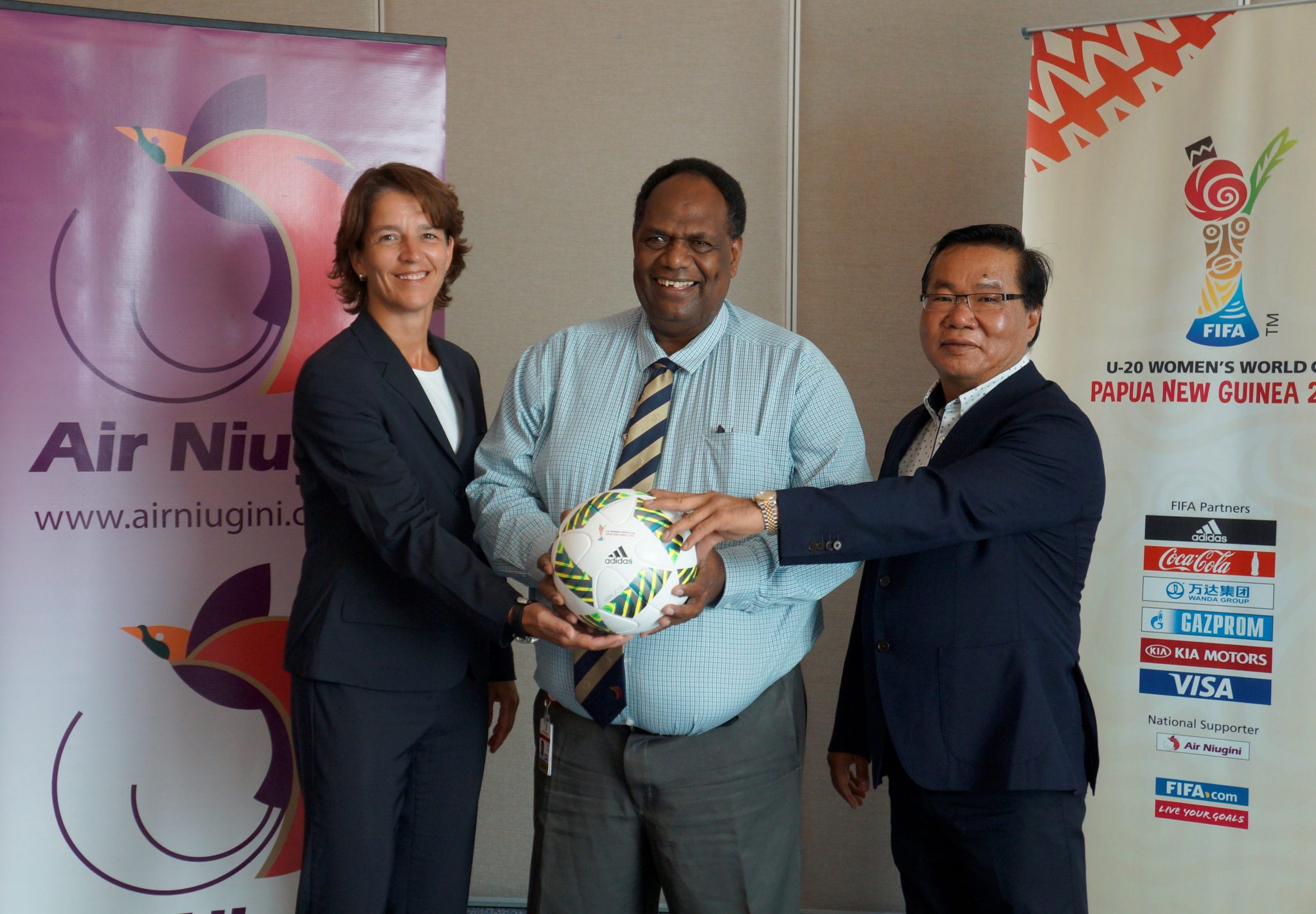 National airline, Air Niugini has come on board to support the FIFA U-20 Women’s World Cup to be held in Port Moresby in November and December this year.

He said “ Air Niugini is honored to be associated with the renowned international football tournament. We thank FIFA for the opportunity to be a National Supporter for the first ever FIFA event hosted in Papua New Guinea.”

President of PNG Football Association, David Chung said the local Organising Committee welcomes Air Niugini on board as a football partner to bring to Papua New Guinea this prestigious event and looks forward to working closely with them in staging this international tournament.

He said  “Through the partnership, Air Niugini and the Local Organising Committee will be able to share the FIFA U-20 Women’s World Cup Papua New Guinea 2016 with the rest of the country through the ‘Trophy Experience’ and also fly in the participating teams and FIFA officials for the tournament in November.”

“This event is the first ever sporting event of this stature to be held in Papua New Guinea and I urge the corporate sector to take pride and come on board to support the hosting of this FIFA U-20 Women’s World Cup on home soil.”

The FIFA U-20 Women’s World Cup will be held in Port Moresby from the 13th November to the 03rd December this year with 16 countries vying for the trophy.