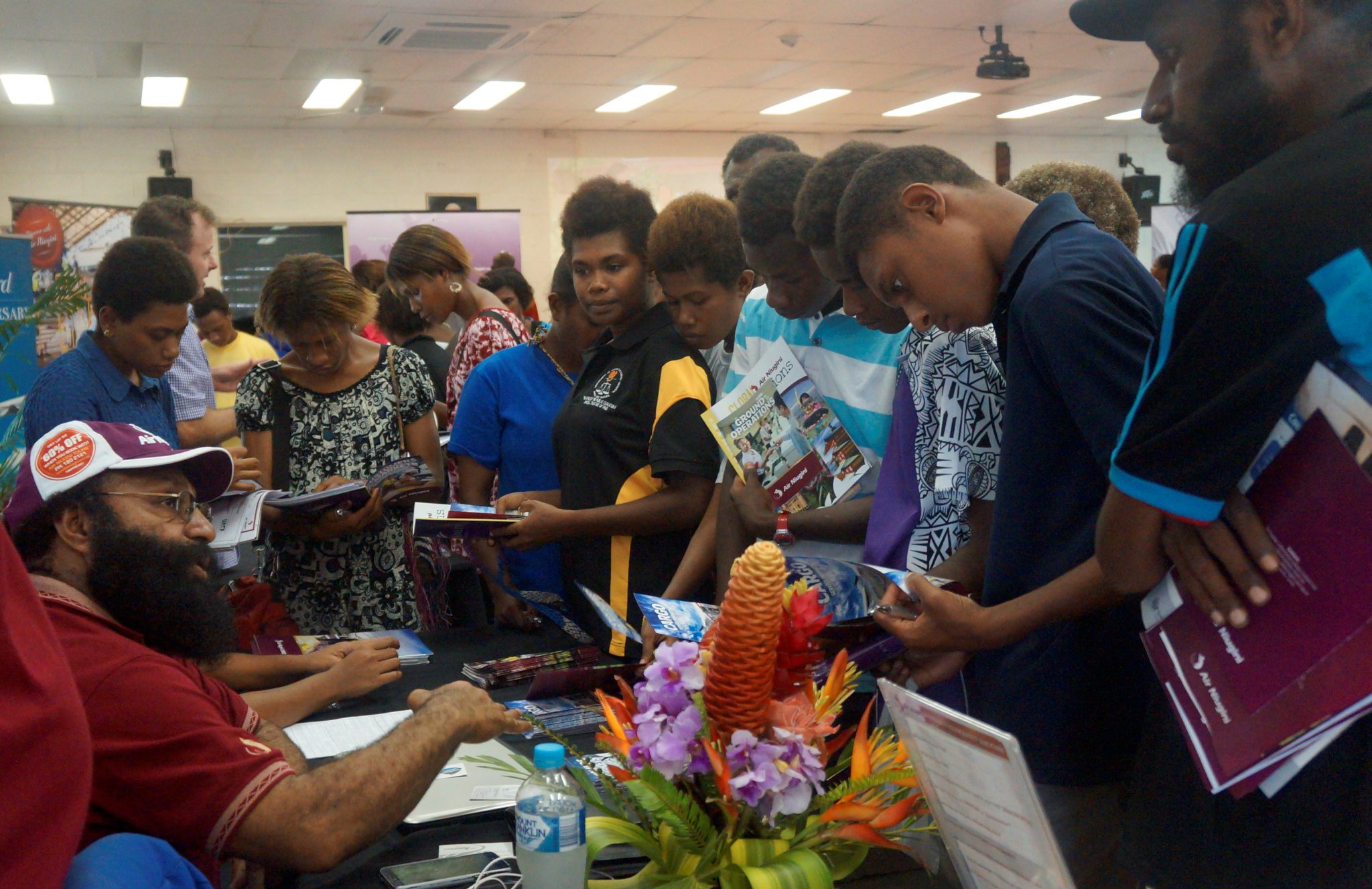 Air Niugini’s Open Day at Vunapope School in Kokopo, East New Britain over the weekend was hailed a success with hundreds of people, including school children, turning up for the event.

The Open Day was part of the airline’s 43rd anniversary activities staged in Kokopo last Saturday.  Different departments within the airline showcased what each of them has to offer. Career information on Air Niugini’s pilot and engineer cadet programmes, as well as other areas of the airline, were also provided.

There was positive feedback from students who had the opportunity to ask questions on the various career opportunities and the training requirements. They were grateful to the airline for hosting such an activity in the province to allow them to get information first hand about Air Niugini.