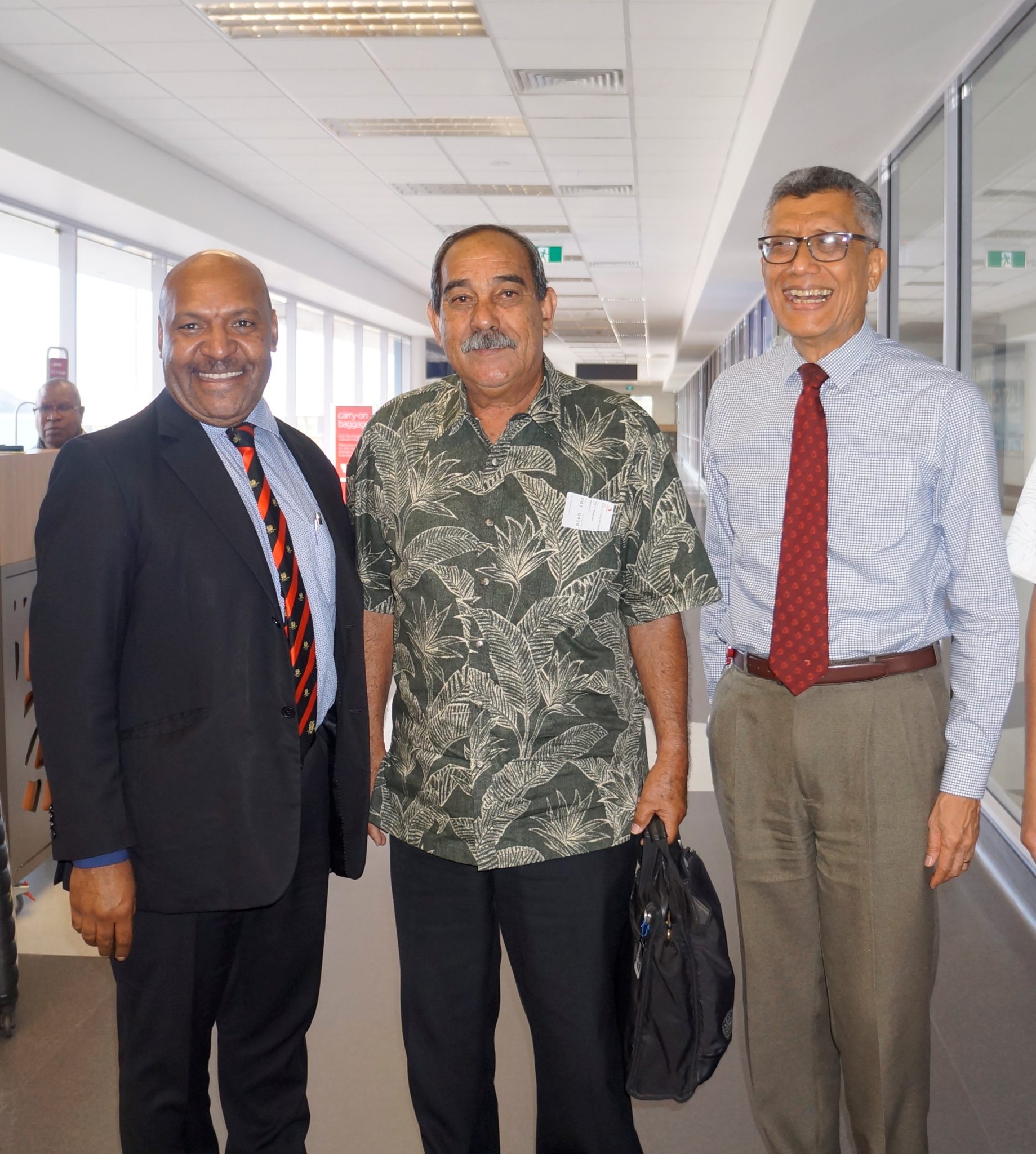 President of the Federated States of Micronesia (FSM), Hon. Peter Christian had a brief visit to Port Moresby yesterday where he met with heads of Air Niugini and National Airports (NAC).

The three leaders discussed several issues relating to the airline industry including Air Niugini’s service to Pohnpei and Chuuk in FSM.

President Christian acknowledged Air Niugini for providing the airline service between FSM and Port Moresby and confirmed his government’s support.

He said, “We are extremely happy with this new service and my government will continue to work with Air Niugini to ensure the route is sustainable.”

Air Niugini Chief Executive Officer , Mr Simon Foo said demand for the Port Moresby/FSM route is increasing all the time and that ANG will continue to work closely with the FSM Government, business community and the tourism sector both here and overseas to ensure the new service grows to the next level.

“The route is picking up and we are working closely with those responsible to grow the market. Similar to PNG, FSM has huge tourism potential which we must continue to work hard to tap into and increase the volume of travellers visiting our two countries.” Foo said

NAC Acting Managing Director, Richard Yopo said with the recent upgrade of facilities at Jacksons International airport in Port Moresby, it now provides an alternative gateway between the Pacific, Australia and Asia. PNG as a nation and a good neighbor in the region will do all it can to facilitate and increase flights to other Pacific Islands out of Port Moresby, making it easier for passengers to transfer between the major centres of the Pacific, Australia and Asia.