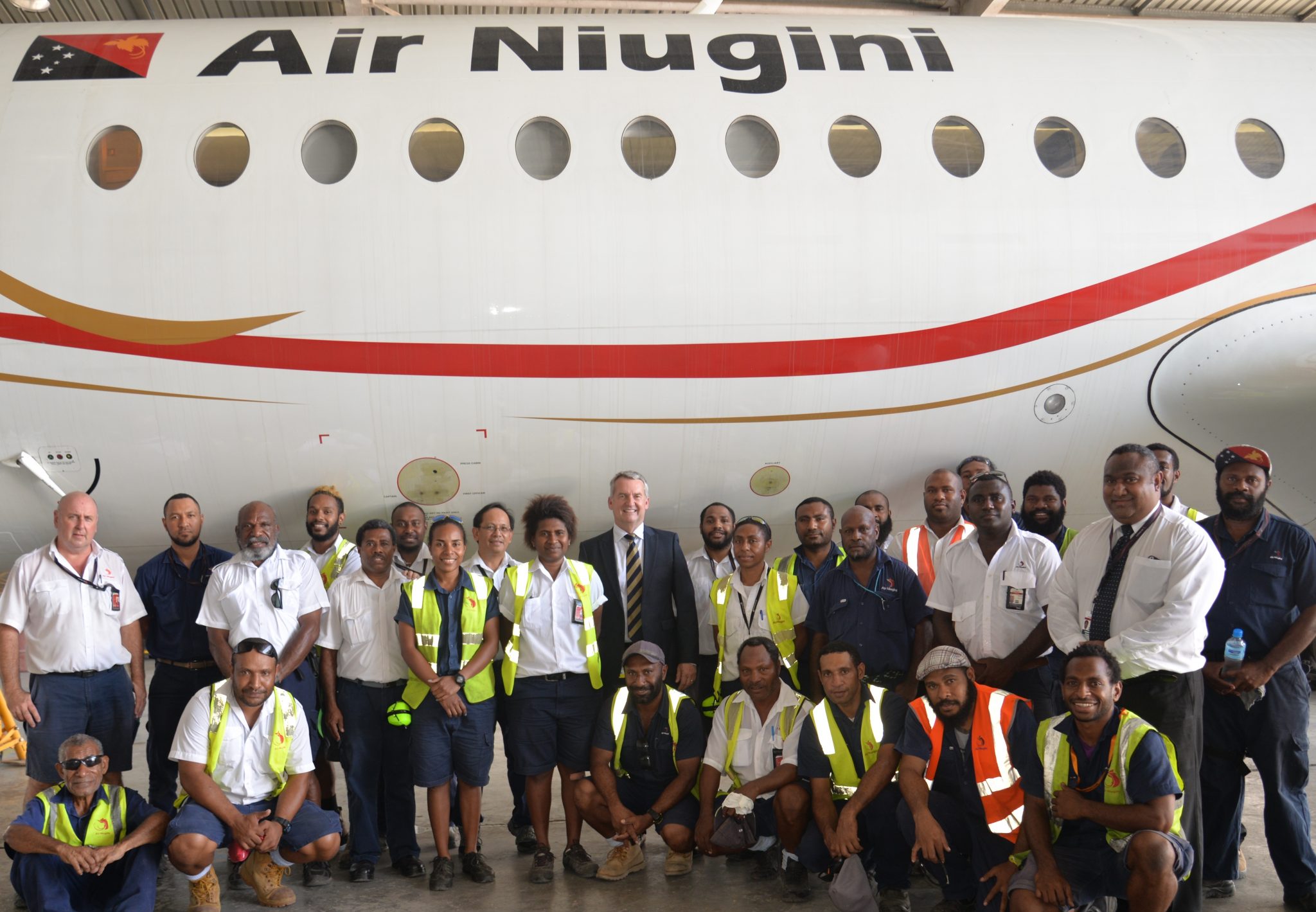 Air Niugini’s Fokker 70 jet aircraft, P2 ANR is now serviceable and back in operation following the successful completion of the inhouse C check, or heavy maintenance check, at the airline’s engineering hangar in Port Moresby.

P2 ANR is the first ever Fokker 70 aircraft to have had a C check done in house, commencing in July this year. An assessment flight was successfully carried out on Monday 05th November and the aircraft is now back into service.

He said “ANG saves K2.5million each time a C check is carried out in house – that’s a huge saving and a remarkable achievement. We acknowledge and appreciate the support from all staff involved in the project and look forward to similar outcomes for other aircraft being worked on at the moment.”

Mr Milne, who worked for Qantas in Australia for many years commencing as an apprentice aircraft maintenance engineer, said such an achievement demonstrates how much aviation has grown in Papua New Guinea, adding that the team delivered a remarkable project just in time for ANG’s 45th anniversary.

“I could not be more excited to be joining this great organization. As a former engineer, I too know the pride I took in helping to build and grow the national airline and it has been wonderful to see the same pride in the eyes of the Air Niugini team.”

Apart from P2 ANR, another two aircraft are being worked on at the moment, Fokker 70, P2-ANS and a F100, P2-ANJ. The engineering team is  working on both aircraft in parallel to each other to again achieve the same results. Previously, the aircraft had to be sent overseas for such maintenance, which is very expensive for Air Niugini and the country.

Air Niugini’s Licensed Aircraft Maintenance Engineer (LAME) in charge of Heavy Maintenance, Richard Woolcock, said it was through great team work that ensured they pulled together to ensure a great outcome for the airline.

“ We appreciate the trust and confidence that has been placed in us by Air Niugini to get the C checks done on shore. All staff involved in the project, from the team on the hangar floor, to the staff in the side shops and the stores personnel, and even the admin staff have all pulled together to present the airline with a great product.”

A ‘C’ Check is the most in depth type of maintenance that can be carried out on an aircraft. Basically, engineers take off every part fitted to the aircraft, inspect both the removed parts and the aircraft for damage, wear , corrosion  and general condition then either repair them in house or replace them with new parts. When the aircraft leaves the hangar at the end of its check, engineers ensure it is as near to “As New” as possible, so that the aircraft can keep flying and passenger safety is assured.

“ In future, Air Niugini may consider doing C checks for other PNG based airlines or other operators in the region. It would be great for Air Niugini and even better for Papua New Guinea.” Mr Milne concluded