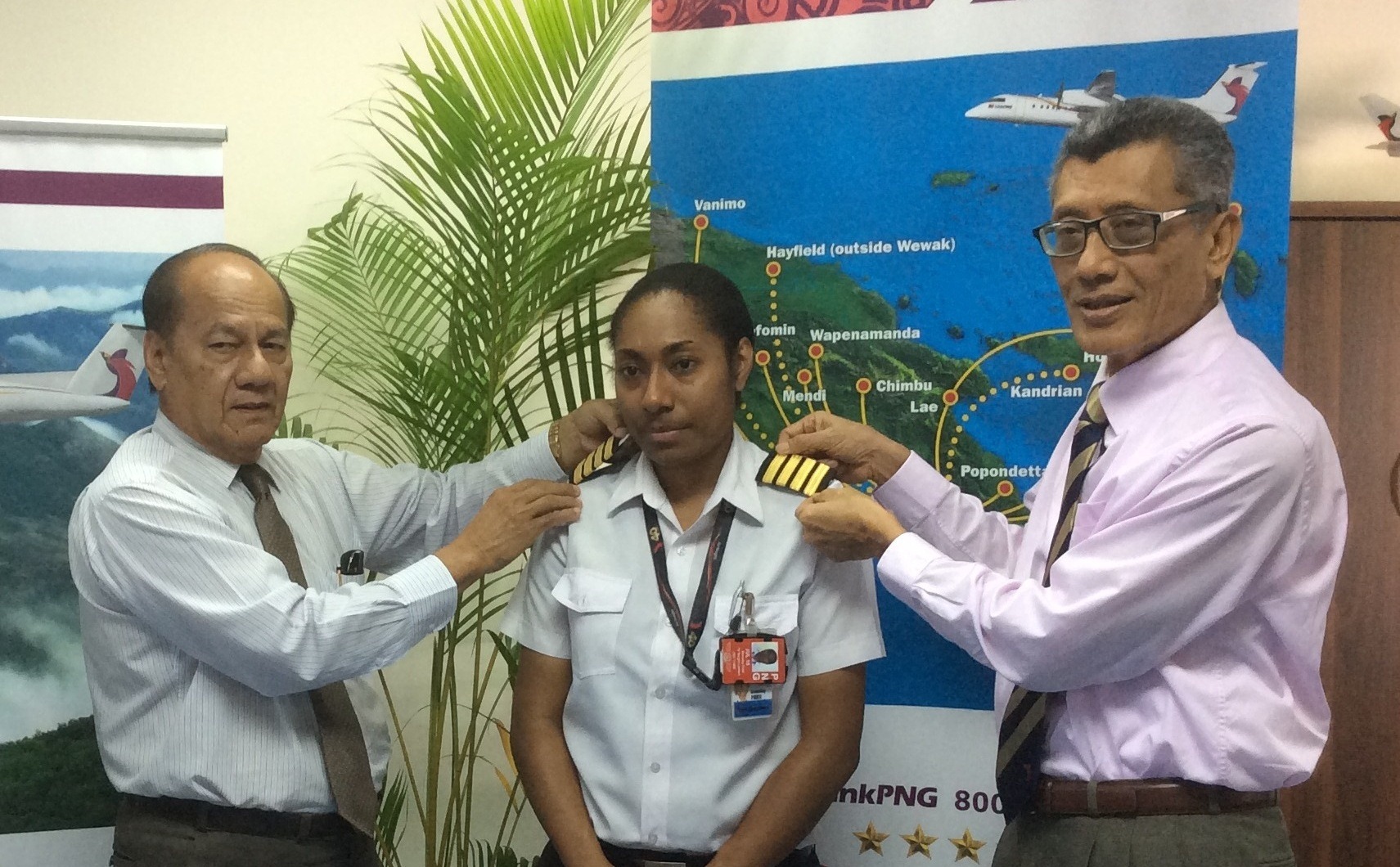 A young Papua New Guinean pilot has made history by becoming the first female in Air Niugini’s pilot cadet program to operate a Dash 8 aircraft.

The 29 year old captain, who has a mixed parentage of Enga and Morobe, operated her first commercial flight on 12 March 2015. She flew from Port Moresby to Lihir in New Ireland, continued to Tokua airport in East New Britain and then flew back to Port Moresby.

The Dash 8 aircraft used for the flight belongs to Link PNG – one of Air Niugini’s subsidiary companies.

Air Niugini Chief Executive Officer Simon Foo congratulated Captain Pakii on her remarkable achievement, noting that a lot of money and resources are invested into training pilots and engineers every year, and that results like these are encouraging for other female pilots in the program.

“Captain Pakii set very high standards throughout her time in the program,” he said.

“Not only has she shown dedication and commitment in all aspects of her work, but she’s also modest about her achievements. Air Niugini congratulates Captain Pakii on this milestone in her career. She is a true role model to other aspiring female pilots.”

Captain Pakii started with Air Niugini as a cadet in 2004. She completed her training at PPT Flying School at Coffs Harbour in Australia where Air Niugini sends its cadets every year.

After completing her studies in 2006, Miss Pakii returned to Air Niugini where she worked as a First Officer on a Dash 8 aircraft to complete the minimum hours required for all cadets. She then completed her Command Practice hours in preparation for becoming a captain.

It took the young pilot 10 years to work her way through the comprehensive and challenging pilot training program before she was able to take command of a Dash 8 aircraft.

Beverly is not the only one in her family with a passion for flying. Her father, Captain Ted Pakii, became an Air Niugini pilot in 1994 after working in the PNG Defence Force. During his time with the airline he operated several types of aircraft types including a Dash 7 and a Boeing 767.

Air Niugini currently has 50 cadet pilots, including Captain Pakii and four other females.