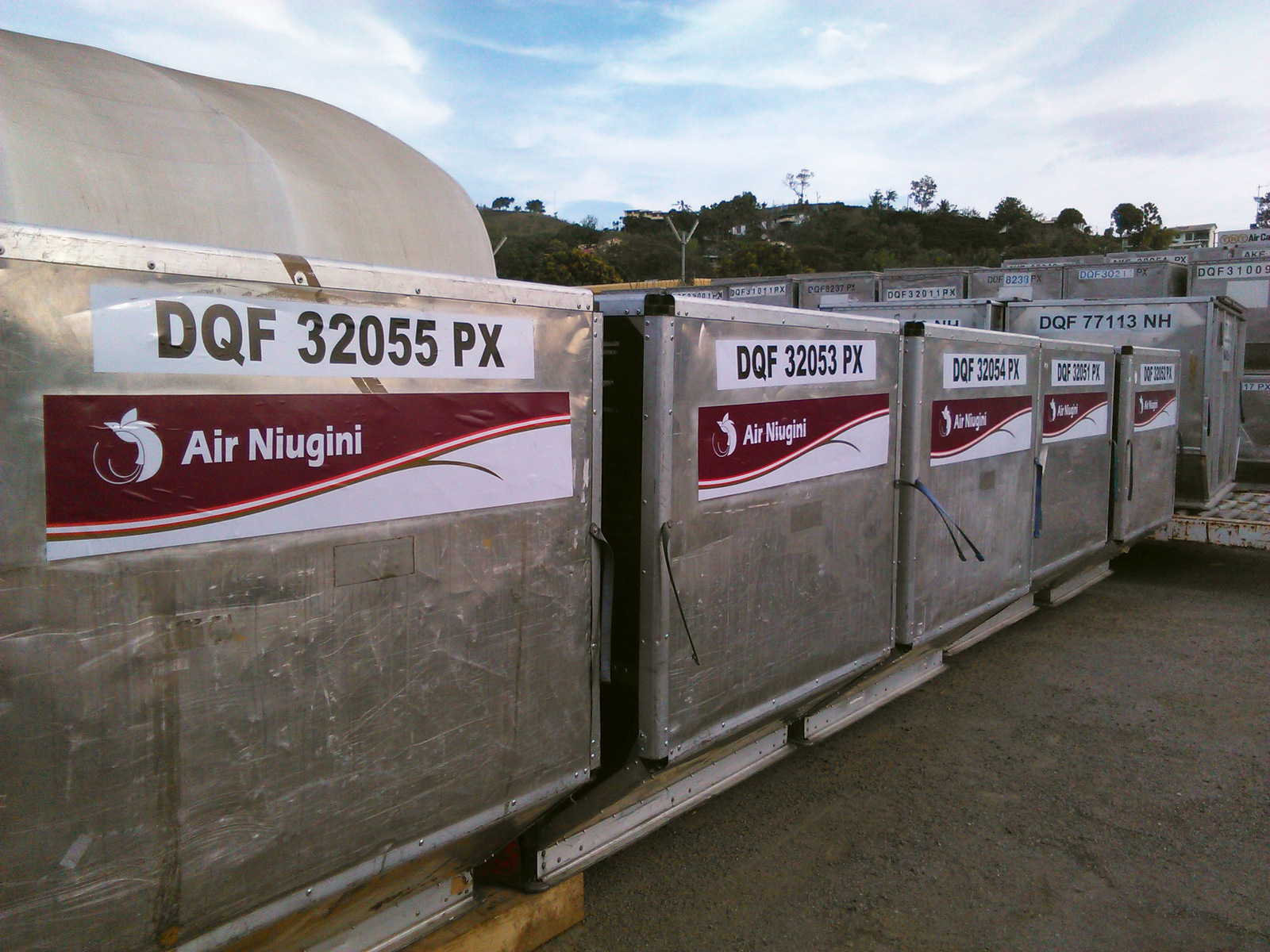 With additional DQF added to its stock of unit loading devices or ULDs, Air Niugini Cargo is now able to position containers at the various stations internationally for cargo.

They recently acquired 20 second hand ULD containers from Qantas freight to ease the problem they were faced with.

Douglas Boboro, Cargo ULD & GSE Coordinator said PX was short of serviceable DQFs as many of the units they had been unserviceable and were in need of repair.

He said Qantas approached them asking if they’d be interested to purchase the units as they were decommissioning their B767 Passenger fleet as a result taking out the DQF from their system as well hence the opportunity for PX to purchase them.

Currently the ULDs are being used on the Singapore and Hong Kong sectors and will soon be positioned in Brisbane to load cargo once Qantas completes decommissioning both its aircraft fleet and ULDs.

Boboro said this was a good deal as purchasing a brand new unit would have cost the company between USD2, 500 and USD3, 500 per unit where as they had purchased these units for AUD500 each and the containers were in very good condition.

Already plans are in place to get another 10 to 15 units from Qantas in the coming weeks.