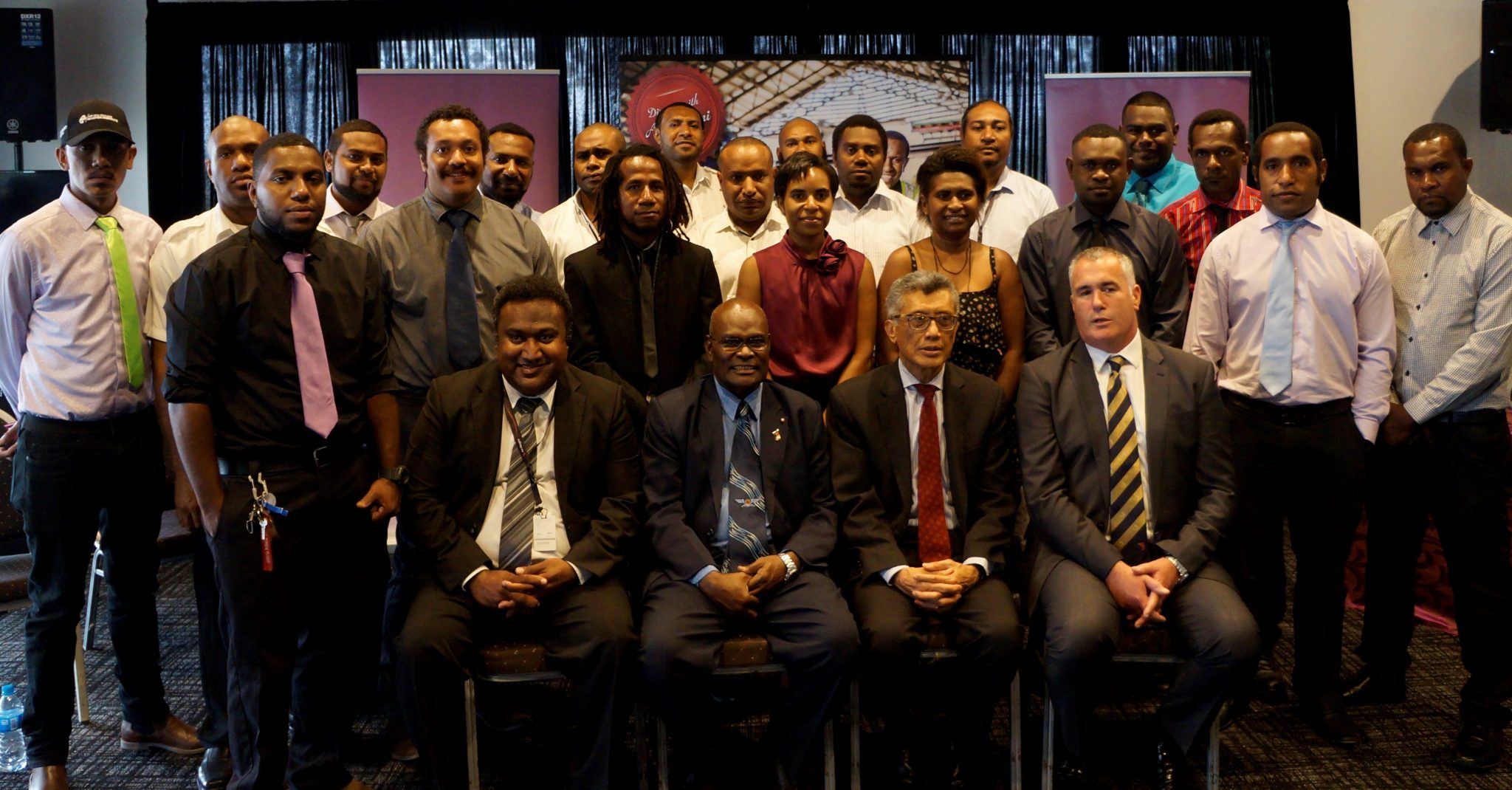 This license granted by the UK Civil Aviation Authority is recognized worldwide and now allows these young Papua New Guineans to be able to certify the completion of maintenance on United Kingdom registered aircraft. They could even easily convert their UK Licenses to an Australian or New Zealand (NZ) License and certify for Australian or NZ Aircraft.

Air Niugini Chief Executive Officer, Mr Simon Foo in congratulating the AMEs said it is a higher level training that is recognized worldwide, adding that using the UK license, Air Niugini AMEs can apply for a PNG AME license without having to complete the CASA PNG AMEL Basic Examination requirements.

Mr Foo said “Using the UK AME license, the first group of AMEs can now apply to CASA PNG for Fokker 100/70 Type rating endorsement while the second group can apply for endorsement and rating on Dash 8-100/200/300 aircraft. “

He said it took the two groups five years to successfully complete and attain their UK licenses, an achievement Air Niugini is very proud of. Air Niugini invests more than half a million kina for each engineering cadet to be trained up to a level where they can certify completion of maintenance of Air Niugini aircraft.

“ Air Niugini invests about K600,000  in training a young Papua New Guinean engineer or pilot cadet each year.  We are serious about training. And this achievement by the 21 young people is something we all are proud of, Air Niugini, their families and our country.”

Mr Foo also said the board and management of Air Niugini will be investing in hangar facilities at the Jacksons airport that will eventually mean heavy maintenance of aircraft to be carried out in Papua New Guinea, resulting in cost savings.

“ This will reduce overseas expenditure as well as build the PNG Engineering staff capacity. These 21 AMEs are fortunate to be among those who will be using this facility and they are the future of Air Niugini” Foo concluded.