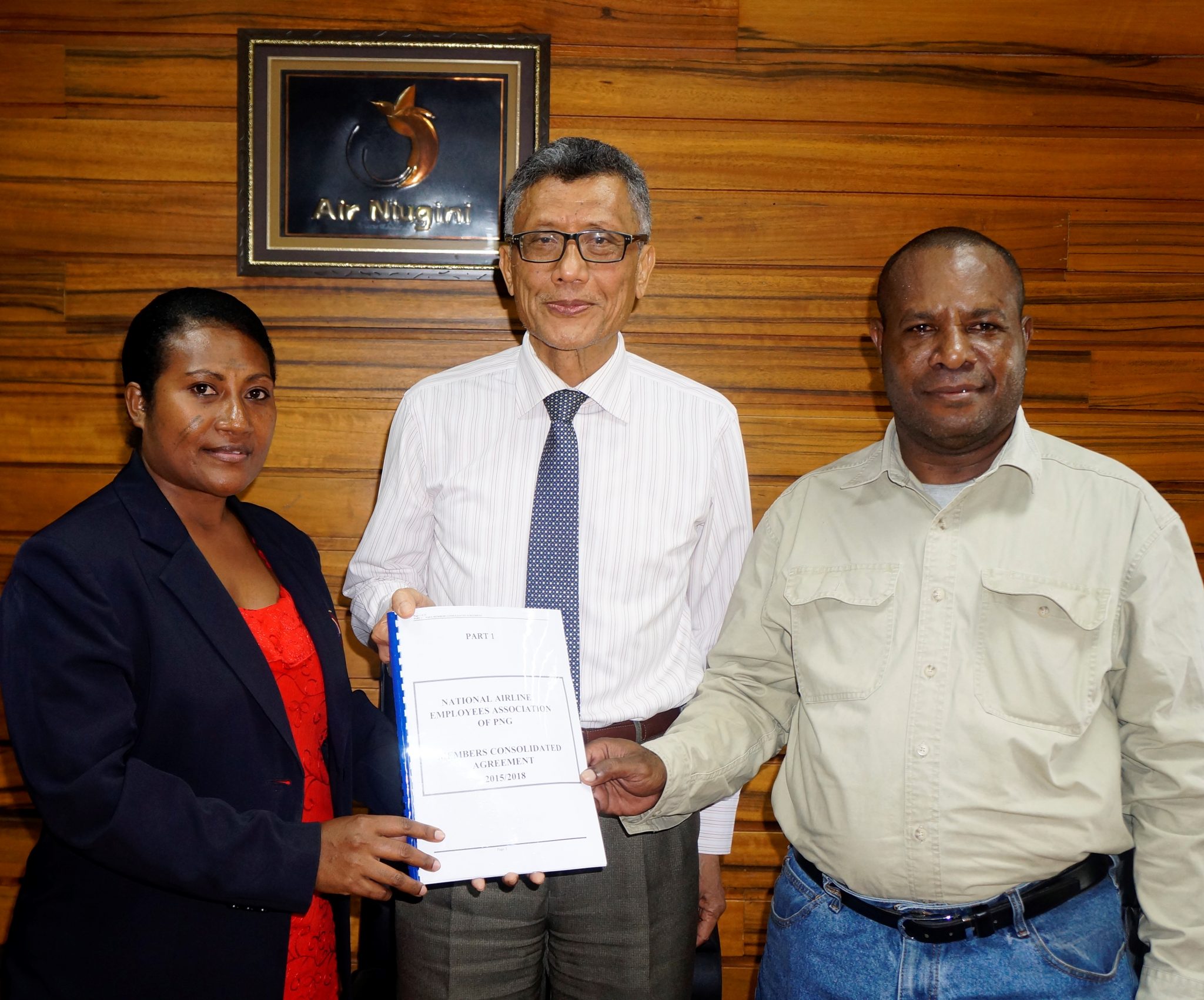 Air Niugini and the National Airline Employees Association (NAEA), have successfully completed negotiations on a new Award to replace the previous Award which has expired.

The Award covers over 1,160 employees who are mainly employed in administration, finance, sales, airport, security and cargo areas and comes at no better time than during Christmas.

Among those areas covered in the award is housing allowances. Although not a condition of employment, accommodation for employees has always been a major concern on the part of Management. The new Award has allowed for further improvements to the existing housing allowances.

Management sincerely hopes that employees utilise the benefit properly and use the Government assistance through Bank South Pacific as well as the tax concessions available to purchase and or build homes. Management has offered to work with the Union to assist the employees to obtain loans to purchase homes.

From the commencement of the negotiations right up to the final day of negotiations and reaching agreement, the spirit of partnership and respect between both parties has been one of the main driving forces.

Issues relating to productivity improvement and being results and customer oriented have been taken into consideration. These are key drivers to Air Niugini’s future direction, two of the very important ones being competition and privatisation.

The new Award now will bring about mutual benefits and gains, ultimately providing for the growth and expansion of Air Niugini as well as continued and improved employment opportunities for the employees, and ultimately providing a safe and affordable airline service to the people of Papua New Guinea and abroad.