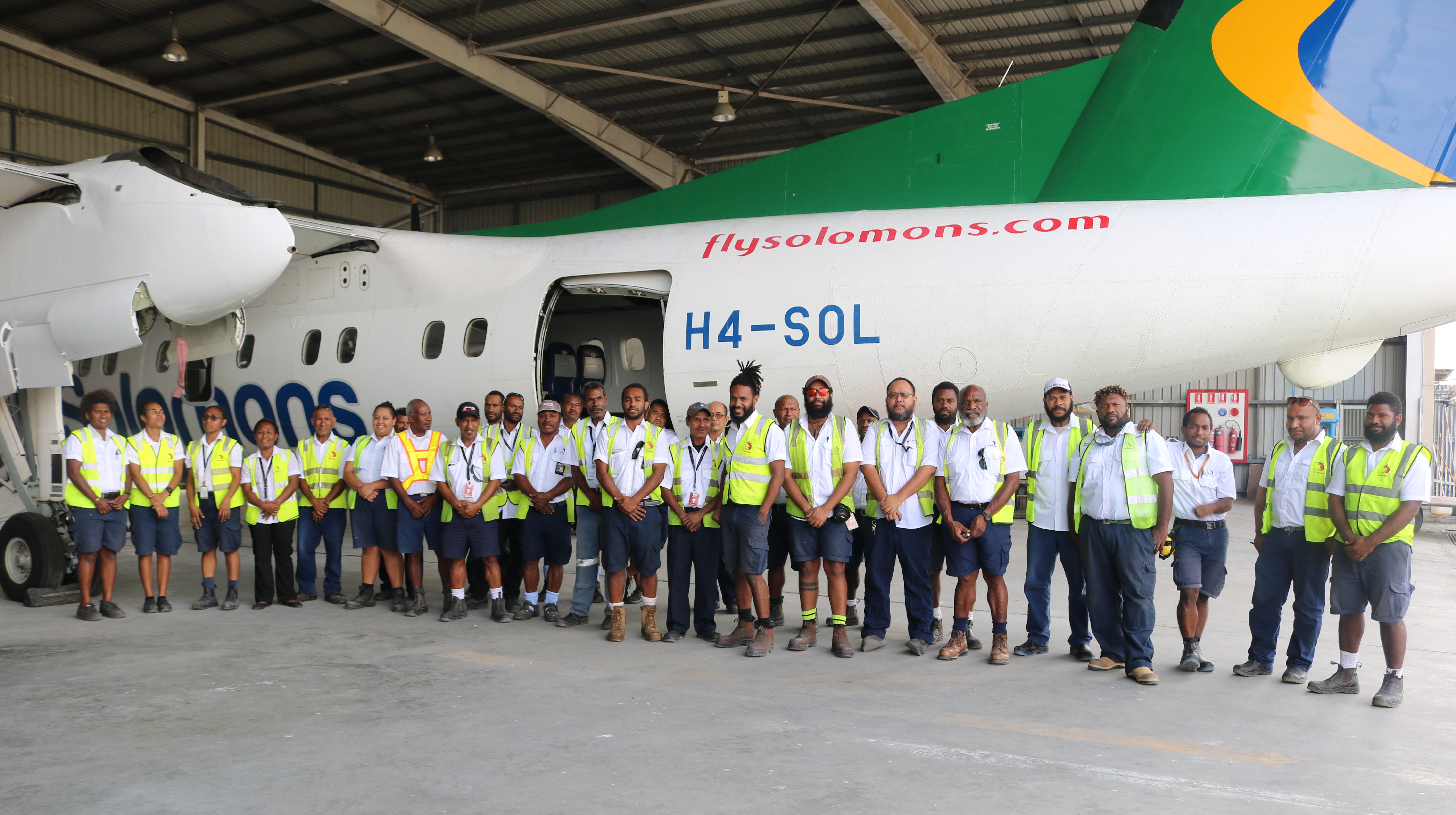 Air Niugini plans to become a key player in global airline servicing in a move that will significantly contribute to the Papua New Guinea economy with the introduction of the Air Niugini Maintenance Repair Overhaul (MRO) facility.

The initiative is being driven by Managing Director Alan Milne, whose engineering background identified huge potential in the talent within the Air Niugini engineering and maintenance teams.

Mr Milne said PNG’s geographic location, talent and infrastructure made it a logical option for airline servicing for operators in Australia, Asia and the Pacific Islands.

“We have some of the best talent in the engineering space that I’ve seen in my 40 years in the aviation industry,” Mr Milne said.

“But beyond that, financially it makes sense to consider the Air Niugini MRO when airline operators are spending millions of dollars to have their aircraft serviced as far away as Europe.”

The MRO facility has already completed its first full service – a Dash 8 belonging to Solomon Airlines; that will be delivered back to the operator this week. The contract was won in a competitive pitch process and has been completed more than a week early.

The service centre will specialise in heavy maintenance checks – known as a C check – which is a mandatory major inspection of all aircraft after a certain period of time and flight hours. Typically these are carried out every two to three years. A and B checks are done every two to six months. Heavy maintenance checks can take up to five months to complete, with technicians inspecting all structure and components of the aircraft.

Air Niugini’s MRO is based at Jackson’s Airport in Port Moresby and will specialise in a range of aircraft including the Dash 8 and Fokker aircraft. Prior to the Air Niugini facility opening for external airlines, carriers previously had to fly their fleets of aircraft to other service hubs in Asia and as far away as Europe.

This opportunity will also give Air Niugini a new income stream that will massively contribute to the financial security of the PNG’s national airline.

Mr Milne said the new centre will also contribute to the broader PNG economy with dozens of employment opportunities.

“This is a win-win-win scenario. For Air Niugini, for PNG and for the airlines who will benefit from this new competitive MRO.”

Mr Milne also credited the airline’s continuous training and successful professional development program for its engineers that has made this possible.

There is capacity beyond the airline’s current workload; with a much broader opportunity to grow the MRO business in an on-demand basis.

Mr Milne has been the Managing Director of Air Niugini for 12 months. Prior to this role, he was with Qantas for 36 years in various senior roles including Head of Engineering for Qantas International.