Air Niugini assists the Government of PNG through the State of Emergency (SOE). 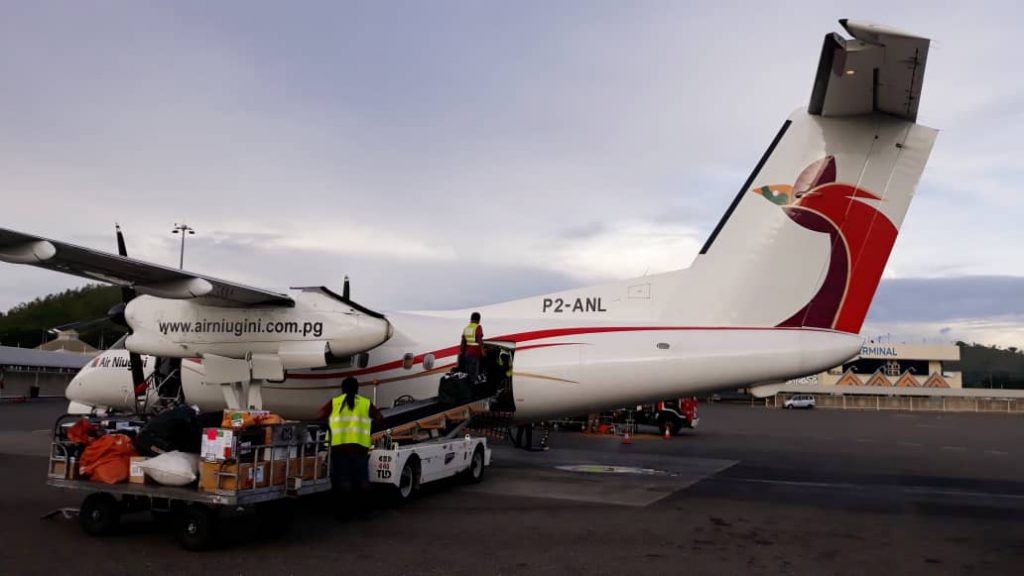 Air Niugini has operated freighter services to airlift Personal Protective Equipment (PPEs) and other essential medicines, medical items and critical medical personnel during the State of Emergency (SOE) as mandated by the National Government.

The airline’s General Manager of Cargo Mr. Gus Kraus said, Air Niugini is using Dash 8- 200 combi freighter for the domestic routes which could take up to 2 and a half tons of cargo per flight and also allow limited seats for essential personnel to travel during the SOE.

Mr. Kraus said since 25th March, Air Niugini has delivered approximately 10 tons plus of supplies to almost all provinces.

“We have so far delivered PPEs and medical goods to provincial health authorities in Buka, Rabaul, Kavieng, Hoskins, Manus, Daru, Lae, Madang Wewak, Vanimo, Popondetta, Goroka and Mt Hagen. The freight to Mt Hagen also included PPEs for other highlands provinces including Enga, Southern Highlands and Jiwaka. Some provinces made use of the freighter service by including other essential drugs for TB, Malaria and HIV/Aids.”

“We also transported COVID19 test samples from the provinces to the PNG Institute of Medical Research (PNG IMR) in Goroka for further testing as well as security personnel including soldiers and police to monitor and beef up security at the border provinces.”

“Naturally, the National Carrier- Air Niugini stands by to assist the Government of PNG in delivering these essential and urgent medical supplies throughout PNG although as advised by the Government today (Friday) that basic Domestic airline services will return by Tuesday the 07th April 2020.” Kraus concluded.