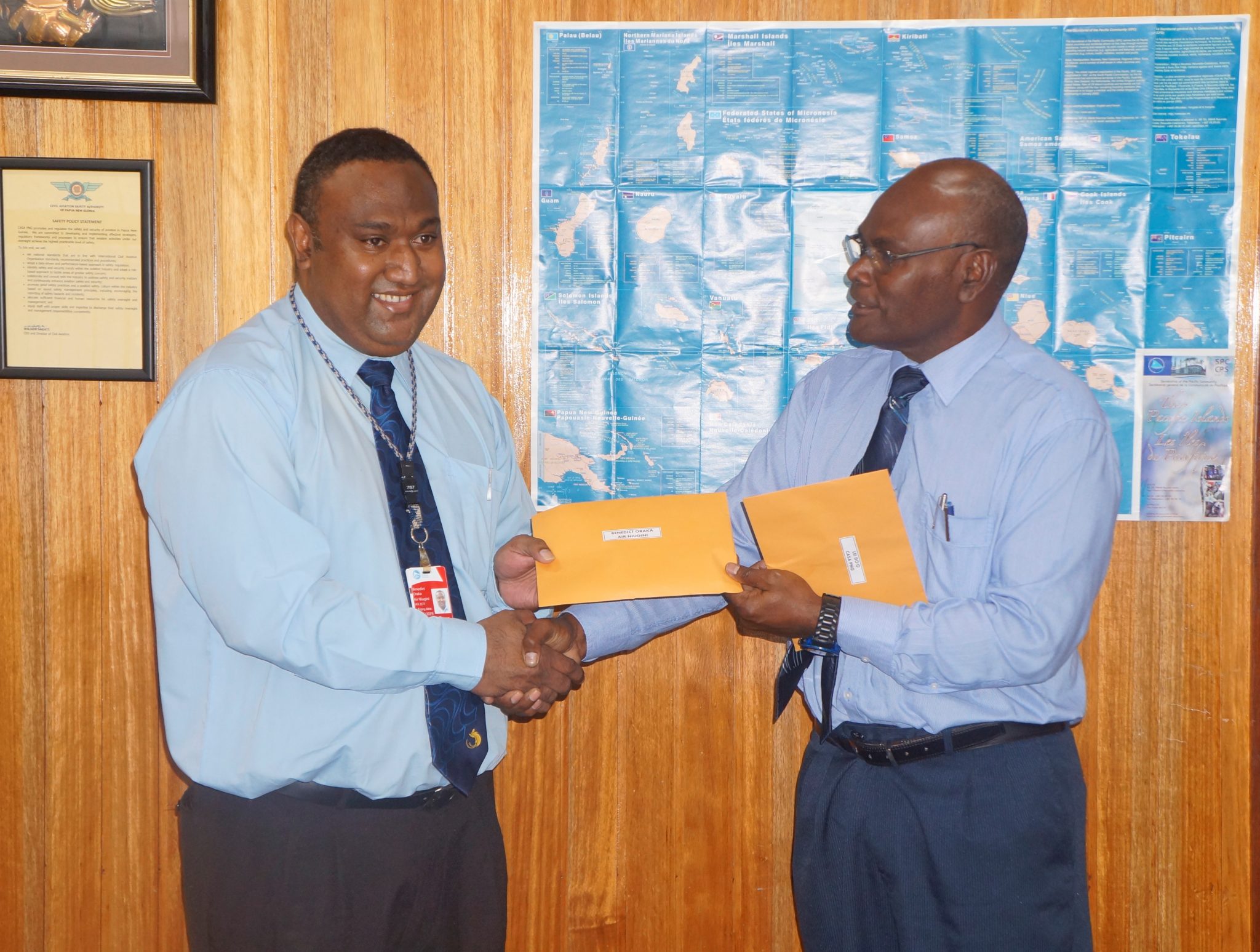 Mr Oraka who is Air Niugini’s Executive Manager, Maintenance Control has been awarded Member of the Order of Logohu for services to aviation and Air Niugini in the areas of aircraft engineering and airworthiness.

Ms Keygan on the other hand has been awarded the Logohu Medal for her services to the travel industry and Air Niugini. She has worked with ANG for 26 years now and is the current Manager, Airport and Cargo services at Cairns International airport in Australia.

Mr Foo commended the three staff for their hard work, loyalty and support to the airline over the years.

“A career in the airline industry can be both demanding and rewarding and we are proud of the achievement and the accomplishments of these staff throughout their careers. We thank them for their dedication and proven commitment to keeping Air Niugini fly high and most importantly serving our customers throughout the country and the region.”

He said, “I arrived at Air Niugini in 1994 with virtually nothing. Air Niugini has spent a considerable amount of money training me in aircraft maintenance and airworthiness. I am in debt to Air Niugini, I am not able to repay, however I can only offer my continued commitment and loyalty to the airline.”

Ms Keygan said she is humbled and honored to have received the award. She has been with AirNiugini for 26 years now and some of the passengers she has assisted over the years have now become good friends.

“The feeling is surreal, I never saw it coming. I feel very humbled and honored. Air Niugini is like a family, it’s wonderful to work and mix with our passengers, many of who have become close friends. ” She said.

Captain Gure on the other hand has worked with Air Niugini for 40 years. He is one of the pioneer pilots who flew different aircraft types and saw Air Niugini develop to where it is today.