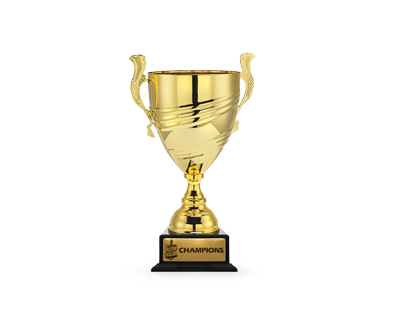 This Sunday May 28th, 2017 will see SP PNG Hunters take on Townsville Blackhawks in Round 12 of the Queensland Intrust Super Cup competition at the National Football Stadium in Port Moresby.

And to commemorate the recently launched direct flights between Port Moresby and Townsville, Air Niugini has put up the perpetual Air Niugini Cup to be played for between the SP Hunters and Townsville Blackhawks.

“The inaugural Air Niugini Cup will be played for by the two teams in Port Moresby this weekend,” Air Niugini CEO Simon Foo said.

“The Cup will be played for on an annual basis and will encourage our fellow country folk living in and around Townsville, supporters of the Blackhawks as well the business and corporate community. Not only will the focus be for this annual tournament, but the opportunity will be provided to travel on our direct flight on Friday, visit friends and families or do business on Saturday, watch the game on Sunday and return direct on Monday ,” he said.

Foo said this year’s Air Niugini Cup will pay tribute to the 75th Anniversary of the battle of Kokoda.

“Next year’s game and ensuing games will pay tribute to notable observances and causes so the Air Niugini Cup played for between these two teams will be special.”

PNGRFL CEO Reatau Rau was grateful for Air Niugini’s support to the SP Hunters as well as rugby league throughout the country.

“The curtain raiser on Sunday will see Digicel Cup teams Hela Wigmen and Rabaul Agmark Gurias go head to head and we thank Air Niugini for the special discount fares for supporters of these two teams to travel to Port Moresby. This is in addition to the support given for the Port Moresby – Townsville return fares and we are really appreciative and grateful for the support Air Niugini is giving,” Rau said.

He also expressed gratitude to the Chairman and CEO of the QRL for giving their blessing of the Air Niugini Cup.

The SP Hunters vs Townsville Blackhawks game is expected to be kicked off by Air Niugini Board chairman Sir Fredrick Reiher or CEO Simon Foo at 3pm on Sunday at the National Football Stadium  in Port Moresby.

The gates will be opened at 12pm for the curtain racer to start at 12:45pm. Tickets are going for K20( behind goal posts), K25 (Northern/Southern Stand), K30(Western / Eastern stand) and K50 for the grand stand. They can be purchased at Brian Bell Plaza, Brian Bell Home Centre, Vision City, Naked Fish, Big Rooster at Koki and Erima, Stop and Shop Waigani and Gerehu.  Game day tickets can be purchased at the stadium.