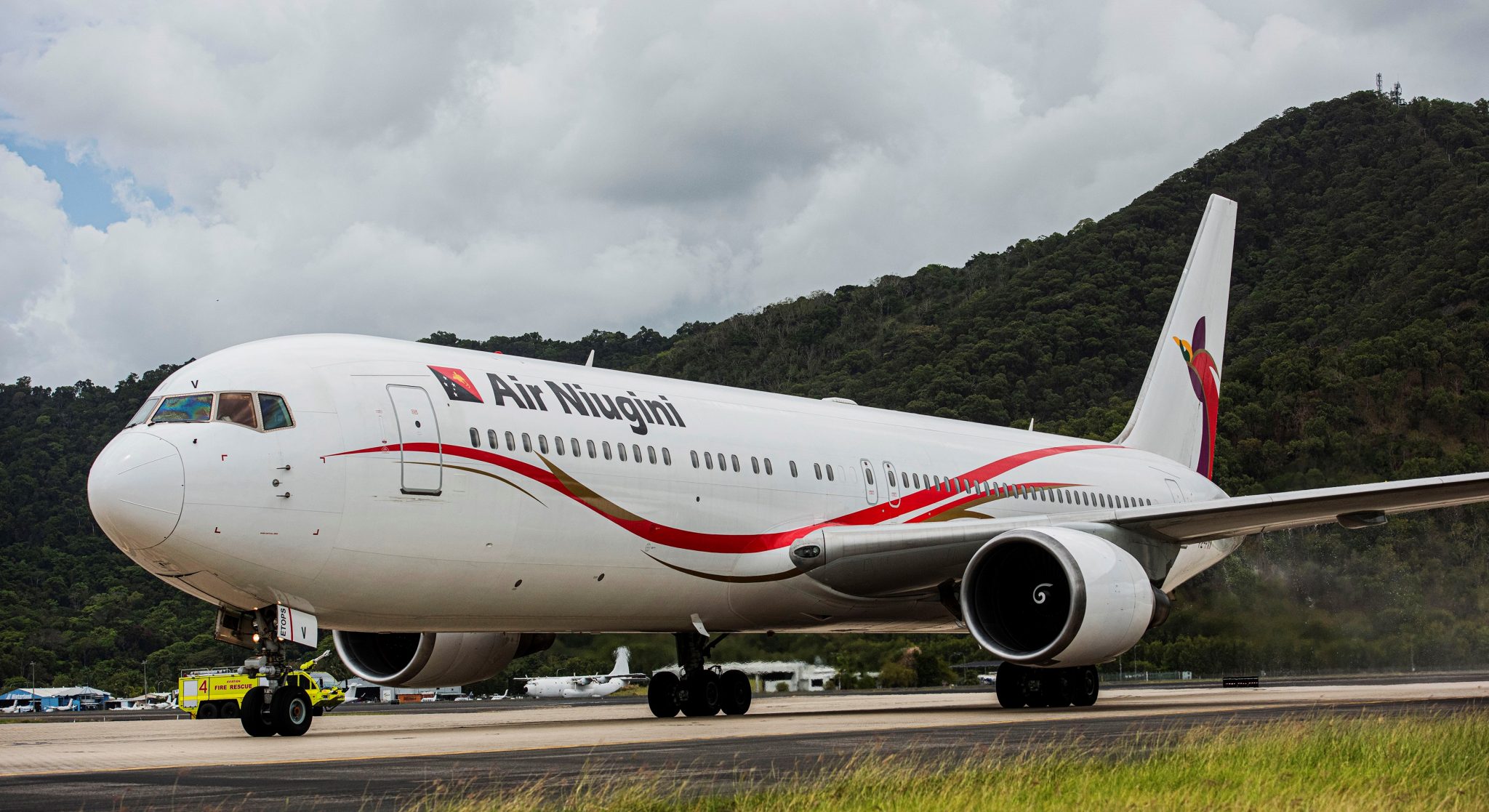 Air Niugini has updated its purchase contract with the Boeing Company to delay the delivery of the four Boeing 737 MAX jets it has on order until at least 2024, the airline’s Managing Director Alan Milne said on Tuesday.

The four 737 MAX jets were ordered in 2014, and the airline had originally been due to receive its first aircraft later this year.

Mr Milne said, “This delay will give the airline more time to complete a broader review of its fleet plans, including a future replacement type for its smaller Fokker regional jets. This will then determine if the MAX is still appropriate for Air Niugini, or whether other Boeing products would better suit as a replacement for the airline’s existing Fokker, Boeing 737 and 767 aircraft types”.

Mr Milne further said that it was possible the 737 MAX orders could be switched to the smaller Embraer E2 regional jet family, if Boeing’s deal to purchase the bulk of the Brazilian plane maker’s commercial division proceeds. Alternatively, the MAX order could be switched for other Boeing aircraft types. The airline is also carefully evaluating aircraft types from other manufacturers such as Airbus to fulfil the Fokker or the 737/767 replacement roles.

Mr Milne continued, “Boeing remains a valued and long standing supplier of aircraft to Air Niugini, and we are committed to working closely with them to satisfy our evolving future fleet requirements”.

A number of other Boeing customers, including Virgin Australia, have already postponed the delivery of 737 MAX jets since the model was grounded globally in March 2019 following two fatal crashes.