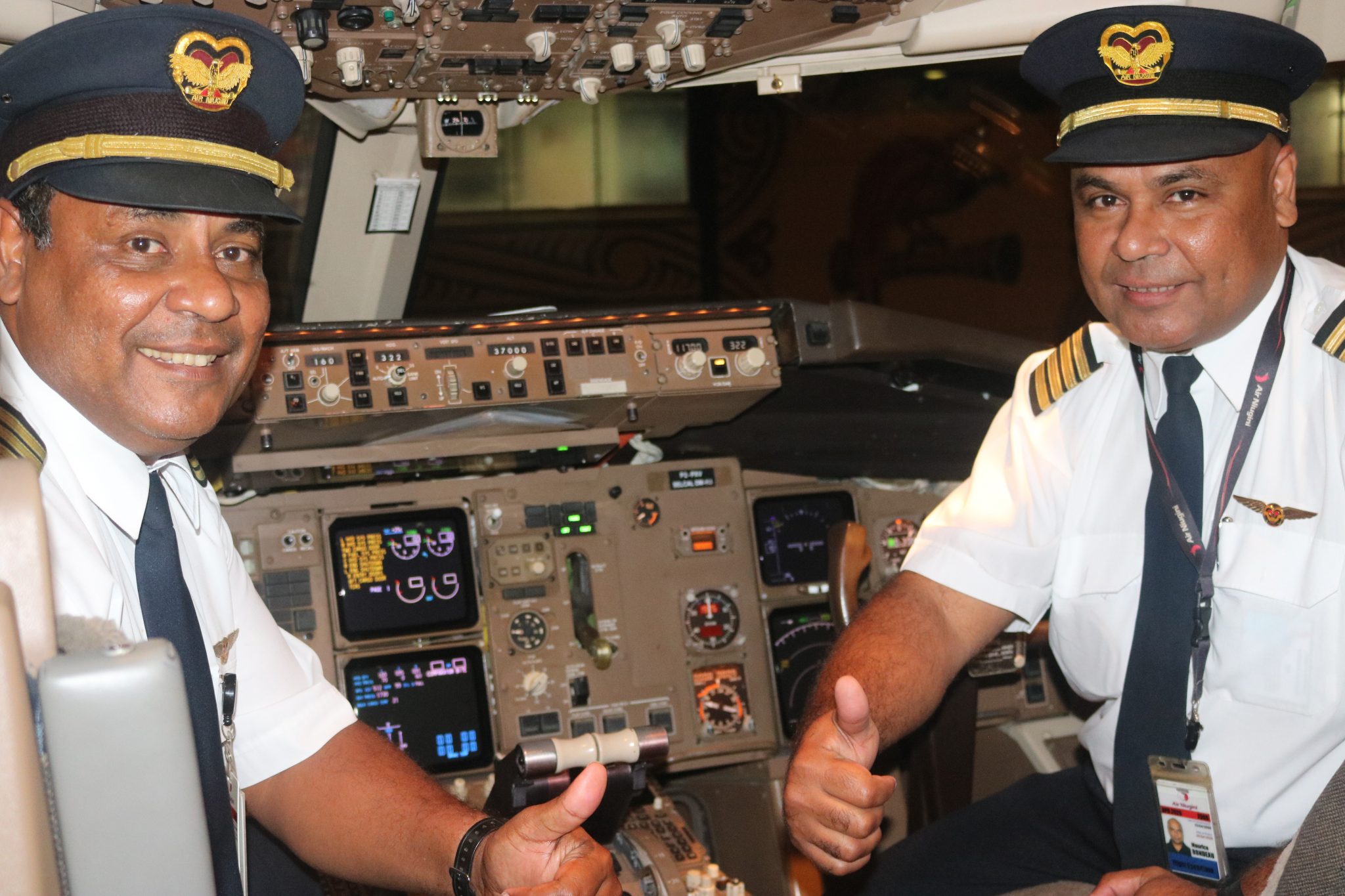 It is rare to see siblings working together in their chosen profession, let alone flying a commercial aircraft together.

That’s exactly what brothers, Captains John and Maurice Rondeau did recently when they flew Air Niugini flight PX 008/009 from Port Moresby to Hong Kong and back.

The Rondeau brothers from Barok area of Namatanai, New Ireland Province are both Captains on Air Niugini’s Boeing 767 fleet.

“Yes, we are brothers and also colleagues. We always maintain professionalism when flying together as we do with other pilots. We are very loyal to Air Niugini, hence we are still here.” said Captain Maurice Rondeau with a big smile.

Captain John Rondeau has worked with Air Niugini for almost 23 years, having commenced in November 1995, whilst his younger sibling joined five years later in 2000. So far, they have operated three flights together, initially to Narita airport, Japan four years ago, followed by another to Brisbane, Australia and the recent flight from Port Moresby to Hong Kong and back.

Air Niugini’s Acting Chief Executive Officer, Mr Tahawar Durrani said these are rare achievements, something everyone including Air Niugini is proud of.

“The sibling pilots represent not only their families and Air Niugini but also Papua New Guinea every day when they put on the uniform and head into work to fly Air Niugini. It is something, we all are proud of.” Mr Durrani concluded