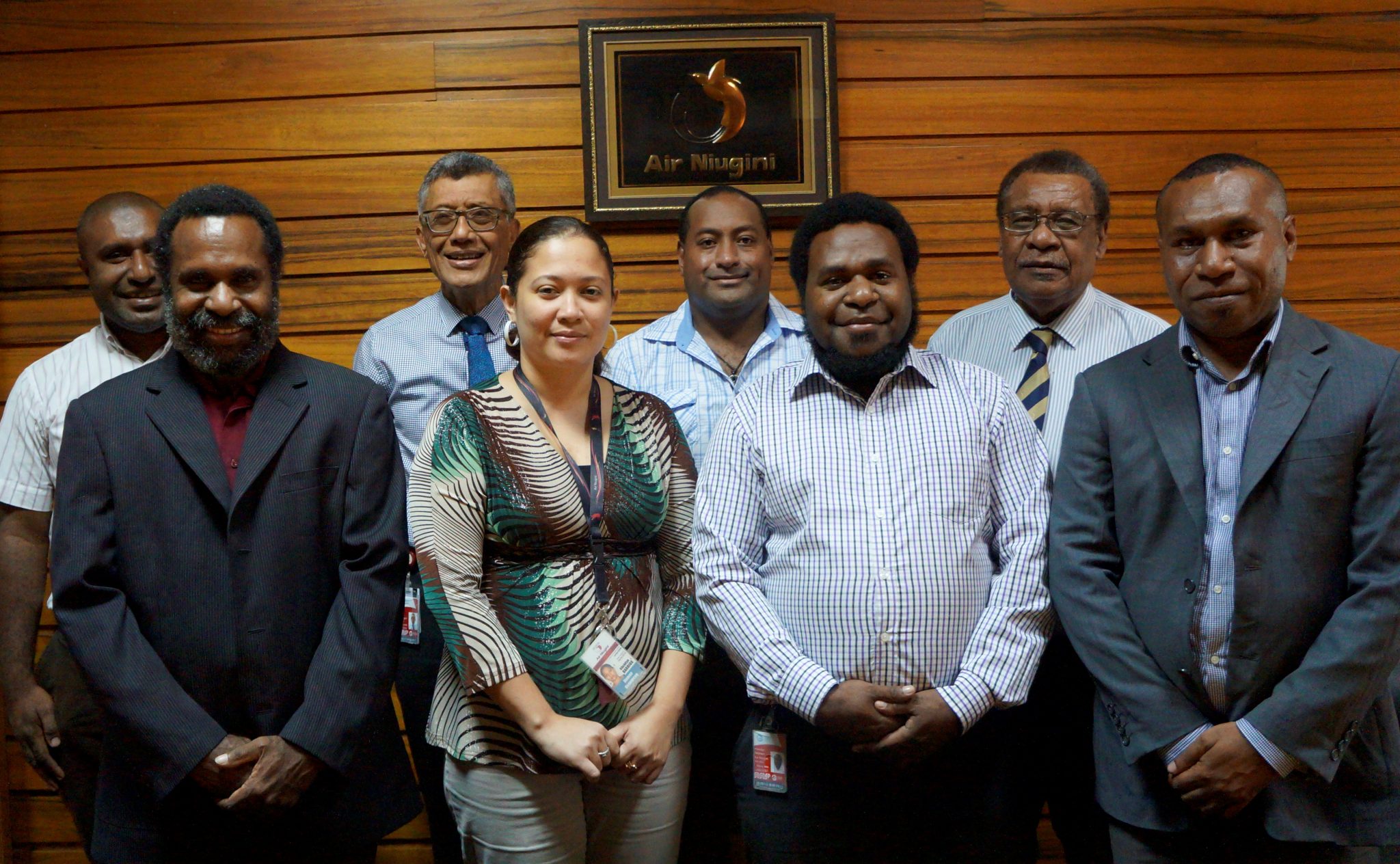 Ms Ritchilyn Barrios who currently works as Manager, Human Resource- Administration and Mr Kilembe Neimani Team Leader – Industrial Relations are grateful for the opportunity. They said although they had their own plan to enhance their skills and knowledge through further studies, this opportunity was more than what they had expected.

Ms Barrios said “ I am honored to be nominated by Air Niugini management  for this scholarship. The Company has recognized my efforts in a way, I  have never imagined. I know it’s tough juggling work and studies but I look forward to the challenges of completing my studies and contributing to ANG’s HR development.”

“With the new skills and knowledge acquired, I plan to focus on strategic human resource management practice in Air Niugin including aligning the airline HR policies and code of conduct to ensure effective and timely customer service to our stake holders, staff and the Company”, Neimani said.

PNGHRI Executive Officer, Francis Danny said the “Brunel Masters Skilim Laif Scholarship” program was developed through a strategic partnership with Brunel International to contribute to human capital development in PNG by providing scholarship for Masters Degree in HRM through UPNG and coordinated by PNGHRI within its network.

He said “ The scholarship costs K75,000 each for employees for the two years Masters in HRM Program and covers the full school fees, fortnightly allowances, super and relevant continued professional courses offered by PNGHRI.”

A total 20 Papua New Guineans have been awarded this scholarship since it commenced last year.

Air Niugini Chief Executive Officer(CEO), Mr Simon Foo said Barrios and Neimani are part of the upcoming “ Emerging Leaders” program in ANG, hence they were selected as they are seen to have the potential to excel in their career. He acknowledged the President of PNGHRI, Mr Jerry Wemin and his executives for the opportunity provided to ANG staff.

“PNGHRI provides a good platform and information base for the HR profession in PNG. We are thankful for its support and recognition of Air Niugini as a valued partner of PNGHRI and will continue to work together in the future.” Mr Foo said.

PNGHRI is an independent professional and non profit organization founded as society of Human Resource Managers in the 1970s and incorporated in 1987 as the PNG HR Institute. PNGHRI has a network of 8,000 professionals mostly from PNG and other Pacific island nations. It is a member of the Asia Pacific Federation (APFHRM) and also member of the global network of over one million professionals. PNGHRI is run by a council of volunteers elected annually each May.