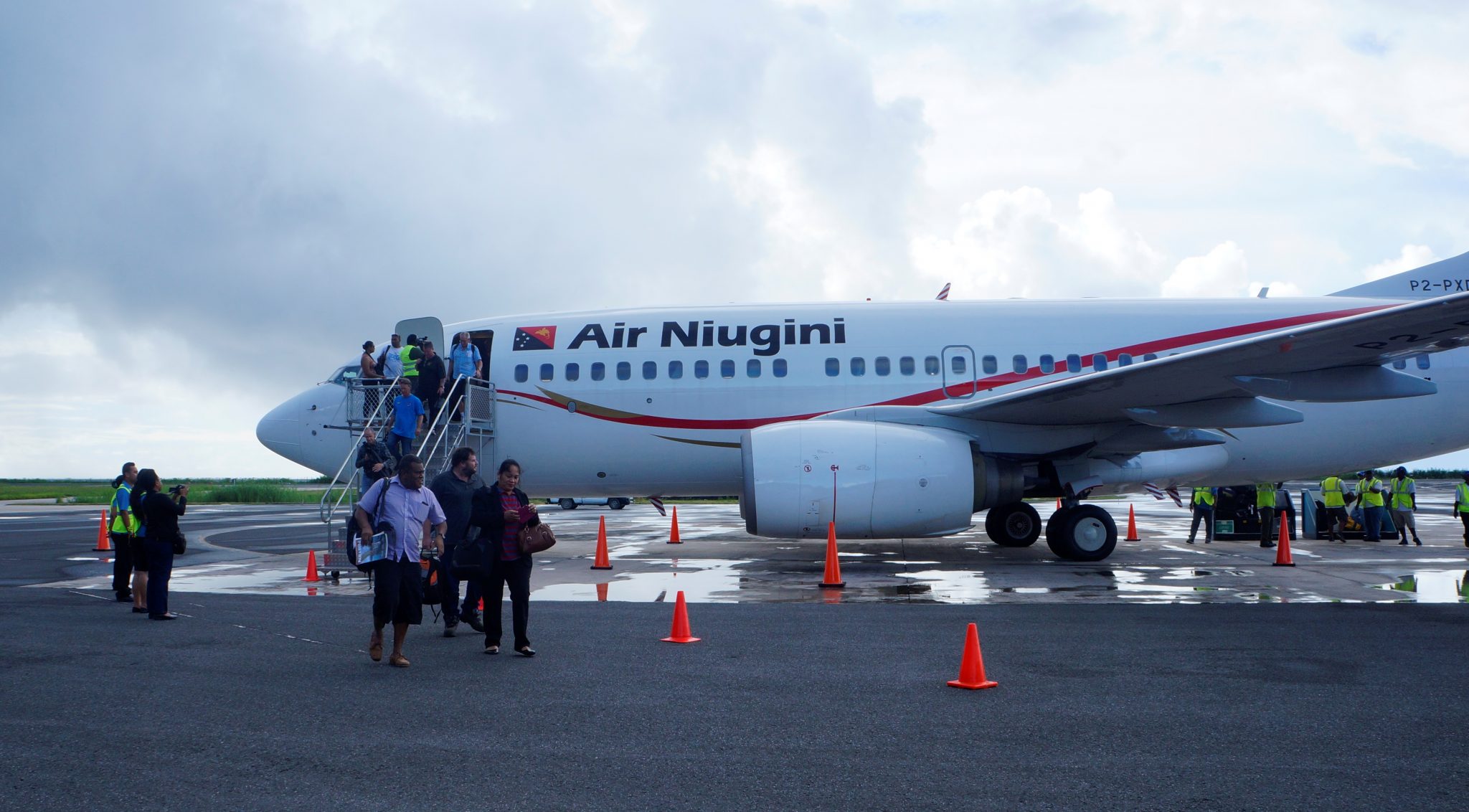 From 01st September 2018, Air Niugini will commence direct air services between Narita Japan, and Chuuk in the Federated States of Micronesia (FSM).

The air services agreement to formalize this arrangement was signed between the Prime Ministers of Japan, FSM and PNG during the 08th Pacific Alliance Leaders Meeting (PALM) in Japan from the 18th to 19th May, 2018. The agreement now gives Air Niugini the right to uplift passengers between Narita and Chuuk on the way to and from Port Moresby.

Under this recent agreement, Air Niugini is now able to operate from Narita to Chuuk twice weekly. The existing weekly scheduled service POM/Chuuk/Pohnpei also remains but from 01st September operates on Thursdays, and will return via the same route Pohnpei/Chuuk/POM on Fridays.

Air Niugini’s Acting Chief Executive Officer, Mr Tahawar Durrani, said that since the weekly Port Moresby/Chuuk/Pohnpei service was introduced 18 months ago, there has been an increase in the number of Japanese and Australian tourists and divers, as well as business travellers, who travel this route.

He added that a market analysis was carried out which confirmed that further growth on the Japan route could be achieved by including a stopover at FSM. The expansion to include Japan is strategic, and a great opportunity for both countries as it will allow two superb destinations – PNG and FSM – to be marketed to divers and other visitors not only from Japan but also from North America and Europe. It also further cements Air Niugini’s position as a carrier of choice connecting Asia with the Pacific Island nations.

Mr Durrani said “The direct Narita/Chuuk/Port Moresby service is targeted at Japanese tourists, divers and other travellers who tend to take shorter stays in either destination, while longer stay visitors from further afield will be able to experience the wonders of both countries in a single trip. Together with the existing Pohnpei/Chuuk/Port Moresby service, we will continue to provide convenient connections through Port Moresby for business and tourist travellers to various Air Niugini destinations in Papua New Guinea, South East Asia, the Pacific Islands and Australia, further enhancing Port Moresby as a gateway hub in the region.”

“There is a huge tourism potential to PNG, FSM and the Pacific which all stakeholders must continue to work hard to tap into and increase the volume of Japanese and long haul travellers to the region. The Japan/PNG route has been operating twice weekly for some time, and by combining two great Pacific destinations together, and working closely with the business communities and the tourism sector in PNG, FSM and Japan, we are hopeful this initiative will create the platform for services to be further expanded in the future.”

The FSM President, Mr Peter Christian, acknowledged Air Niugini and the government of PNG for providing the needed airline service between FSM and PNG and has assured of his government’s continued support.

Mr Christian said “The reception in FSM has been very positive since Air Niugini started services last year, it has made travel easier for tourists, divers, fishermen and also the local people to travel between Chuuk and Pohnpei as well as FSM and other parts of Asia, Australia and the Pacific via Port Moresby. We look forward to this direct Japan flight”.

“Apart from tourism we can do more by looking at opportunities like student exchange programs, export of fresh vegetables, eggs and others from PNG to FSM. We just need to promote and advertise more as opportunities are endless”. Mr Christian concluded.