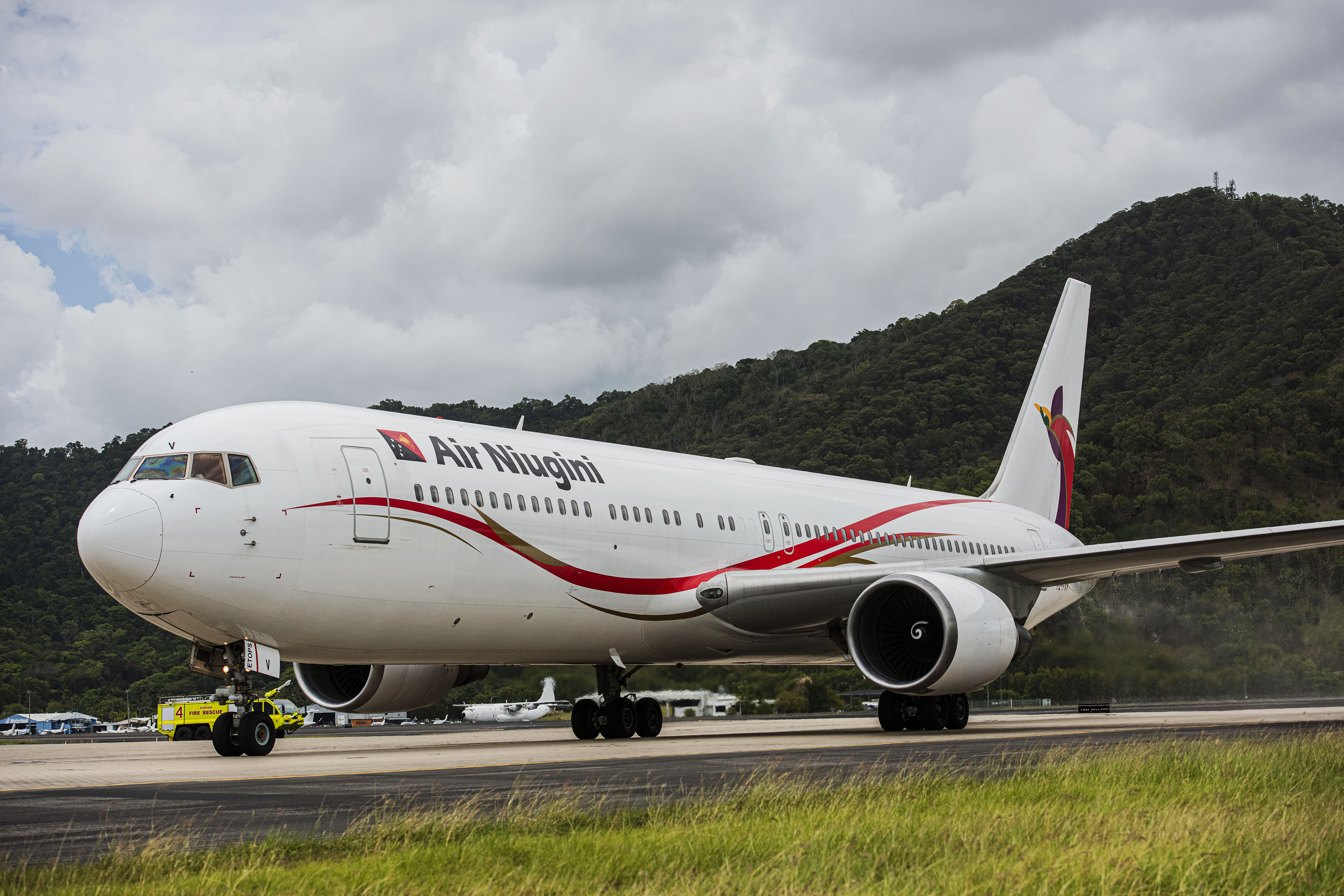 The Boeing 767 wide body aircraft flew to Hong Kong via Port Moresby – one of two weekly flights operated by Air Niugini after the announcement with the Queensland Government last week.

The flights are integral to the $75 million export industry to the Cairns region which includes local fresh produce and seafood; supporting about 180 jobs in Far North Queensland.

Two bins of live fish, four and a half tonnes of fresh Queensland pumpkins, one tonne of live aquarium coral and rockmelons are among the cargo on the first flight.

Air Niugini Managing Director Alan Milne said the opportunity was mutually beneficial to the airline as it is for the people of Far North Queensland.

“Air Niugini was the first international airline to operate out of Cairns Airport 44 years ago. Today’s flight is equally significant,” Mr Milne said.

“You only have to look at all that local produce being loaded onto the plane to acknowledge how important this service is for the people of Far North Queensland. And it’s great to be working with the State Government to provide this service which in turn is also beneficial to Air Niugini in terms of revenue opportunity from both cargo and passenger.”

“One in every five dollars of Australia’s imports and exports travels via airports and Cairns Airport is well positioned to provide a direct gateway for freight from across the Far North,” Mr Carter said.”

“It’s also a great opportunity for tourists to use Port Moresby as a gateway to some of the beautiful domestic destinations in Papua New Guinea as well as our network of destinations in Asia and the Pacific,” Mr Milne said.

Air Niugini will be flying twice a week from Cairns to Hong Kong, via Port Moresby.