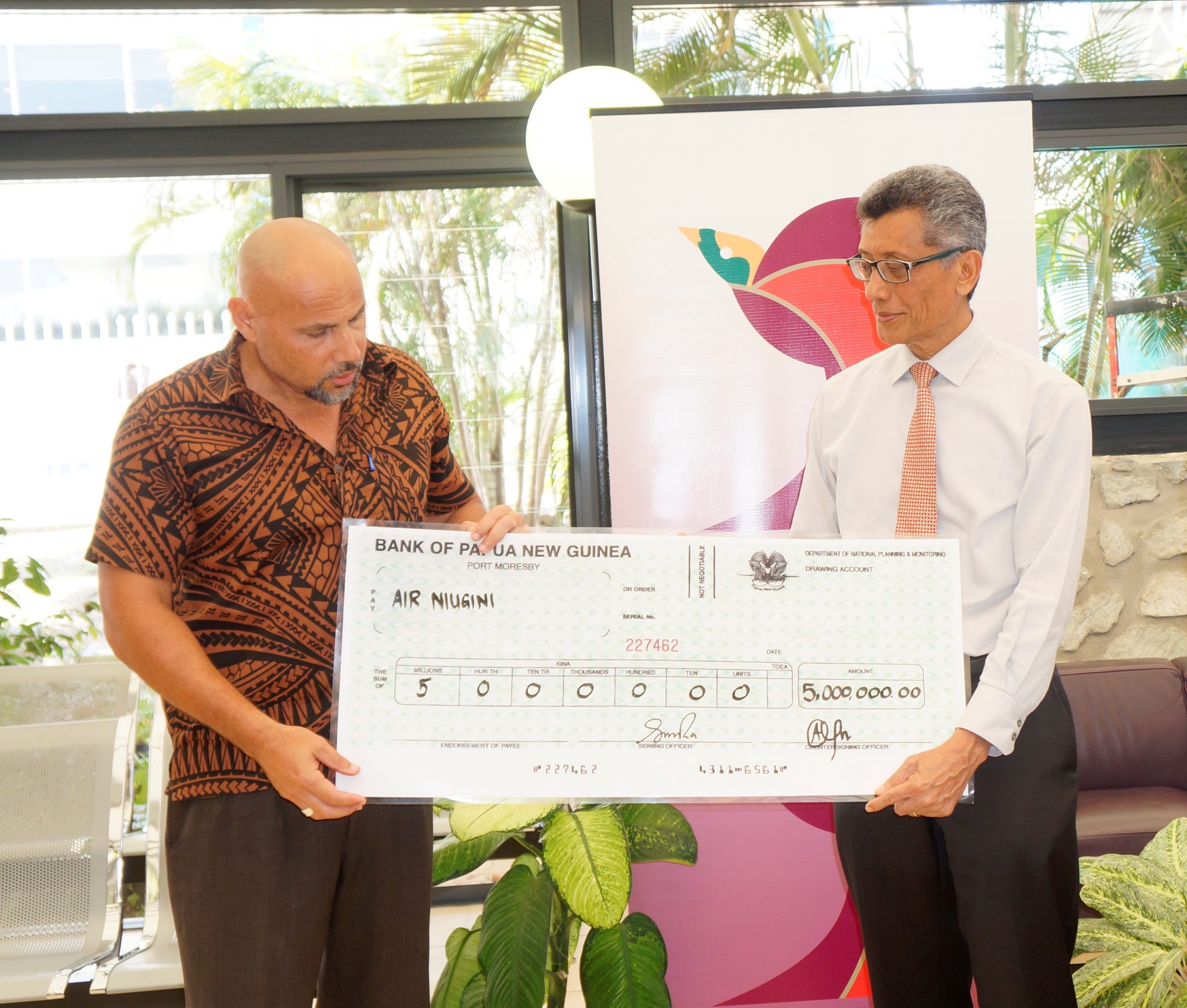 Air Niugini will begin operating a second service to Narita, Japan from 06th July next year to support the National Government’s initiative to further develop and enhance tourism in the country, and the Papua New Guinea – Japan relationship.

Mr Foo expressed the airline’s appreciation to the National Government for the funding support which will go a long way to assist the airline in implementing the second Japan service.

“ Air Niugini’s Japan route carries the highest percentage of inbound tourists out of all the countries we fly to, and this second service will be widely welcomed by tourism operators right across the country.” Foo said

He said as a member of the Tourism Zone Support Initiative, Air Nugini fully supports the National Government’s tourism initiative and this funding is a key stepping stone towards Air Niugini’s ambition to service Japan with at least three flights a week as soon as necessary amendments to the bilateral Air Service Agreement between PNG and Japan are in place.

Mr Foo said “ At least three flights can provide maximum flexibility for tour operators in Japan to create package holidays of the most attractive duration to maximize tourism numbers. Also Japan is a major customer for PNG LNG, and only one or two flights a week on any route is not an attractive frequency for business travellers.”

Mr Foo said a small component of that funding has gone into ensuring Air Niugini’s test flight, a direct service from Brisbane to Alotau during the launch of the annual Kenu and Kundu Festival.

“ The test flight was basically to see if we have the capacity, the market, facilities at the airport, visa on arrival and other the basic operational requirements for an international flight. The same would be carried out for other key tourism centres” Mr Foo said

Under the National Government’s tourism initiative, there are plans to open up Rabaul, Madang, Mt Hagen and Alotau as the key tourism provinces.

Air Niugini has also put in place strategies to support the government’s initiative by increasing the frequency of flights between Papua New Guinea and the Asia Pacific Region, using the much improved Jackson’s airport to connect tourists via Port Moresby to all parts of the country.

This year, Air Niugini has increased the frequencies of flights to Hong Kong and Honiara, and added a new service to Vanuatu. There are plans to add more flights to these routes next year and also connecting from the international services to the domestic tourism destinations. The addition of seven more Fokker 70 to the fleet over the next 18 months will provide the much needed capacity.

Meanwhile, Air Niugini will now be accepting National ID(NID) cards as an additional form of identification when traveling. The airline supports the government policy to roll out the National Identification program and by recognizing the NID, it will go a long way to assist the average traveler. Other IDs include work ID, Student IDs and Drivers licenses.