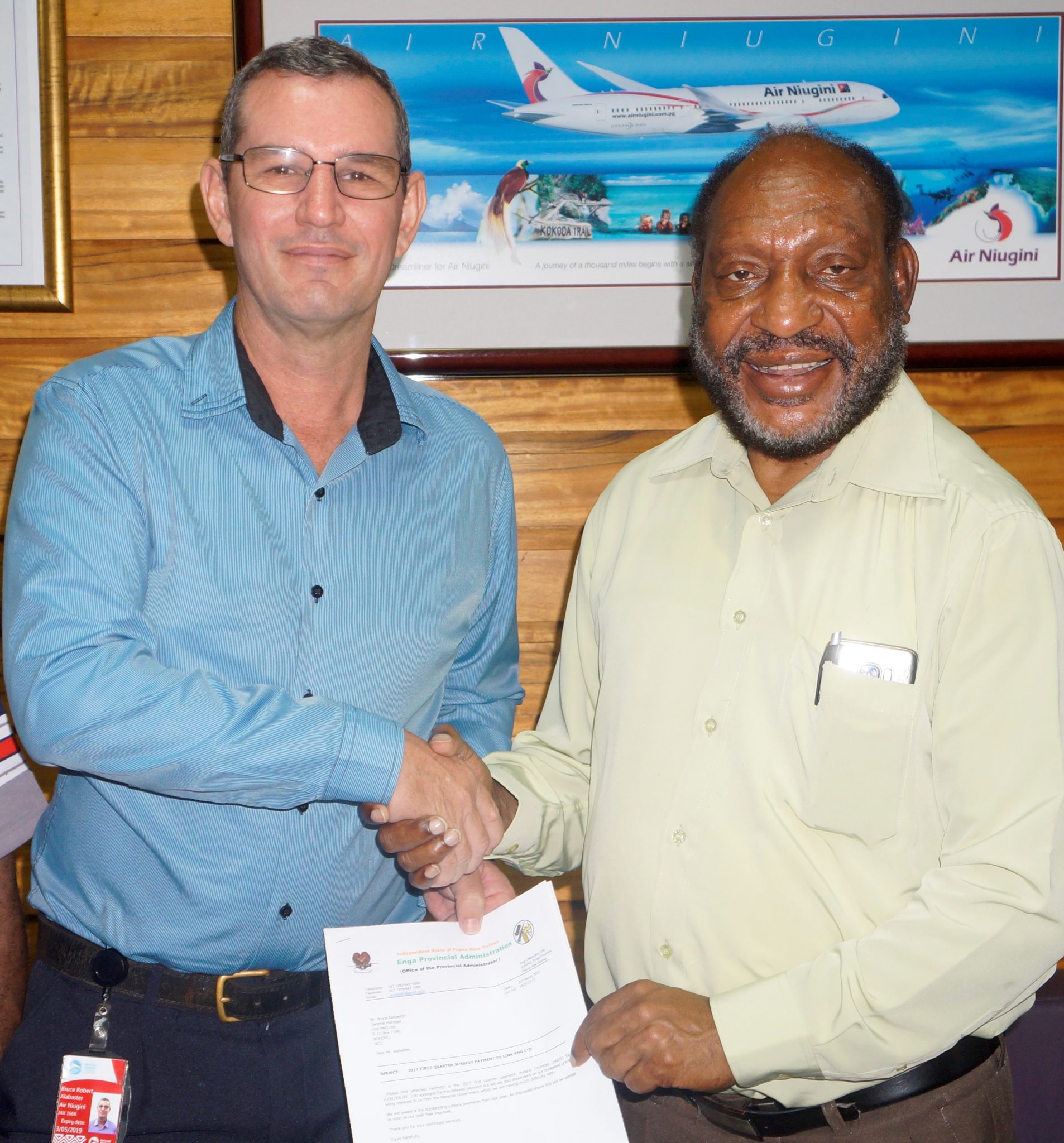 Governor for Enga, Sir Peter Ipatas has presented a K250, 000 cheque last week as part of his provincial government’s first quarter airfare subsidy for this year to Link PNG, a subsidiary company of Air Niugini.

He said airline services are vital for his province as they save time and costs for the people including public servants who would normally travel for almost three hours from Wapenamanda to Mt Hagen to catch the next Air Niugini flight to Port Moresby.

He said, “Instead of a small person traveling on PMV buses from Enga to Mt Hagen  to catch the next Air Niugini flight, the subsidies allow for Air Niugini to continue to fly into Wapenamanda so that people can fly direct to Port Moresby. It also saves the public servants time and costs of hiring vehicles to travel to Mt Hagen.”

He said apart from saving time and resources, this arrangement stimulates and maintains the economy in Enga Province.

“There is wider benefit when the aircraft goes direct into  Enga. We have several projects including that of the hospital, schools and the joint Agriculture project with Israeli Innovative Agriculture which aims to supply fresh vegetables including potatoes, carrots, strawberries and others directly out of Wapenamanda to markets in Port Moresby and overseas.”

Link PNG General Manager, Bruce Alabaster in receiving the cheque said the airline hopes to continue the partnership with the Enga Provincial Government.

He also said his team has worked on special fares for the Wapenamanda flight.

“It’s a great relationship which we would like to see continue in the future. We also ensured there are discounted fares on all Wapenamanda flights.” Mr Alabaster said.

The Enga Provincial Government has been involved in this airfare subsidy arrangement for the last 15 years, providing subsidies for its people and the general public that travel in and out of Enga.

The flights to Wapenamanda airport are operated by Link PNG’s Dash 8 aircraft. Link PNG operates five flights a week to Wapenamanda, except for Monday and Friday.