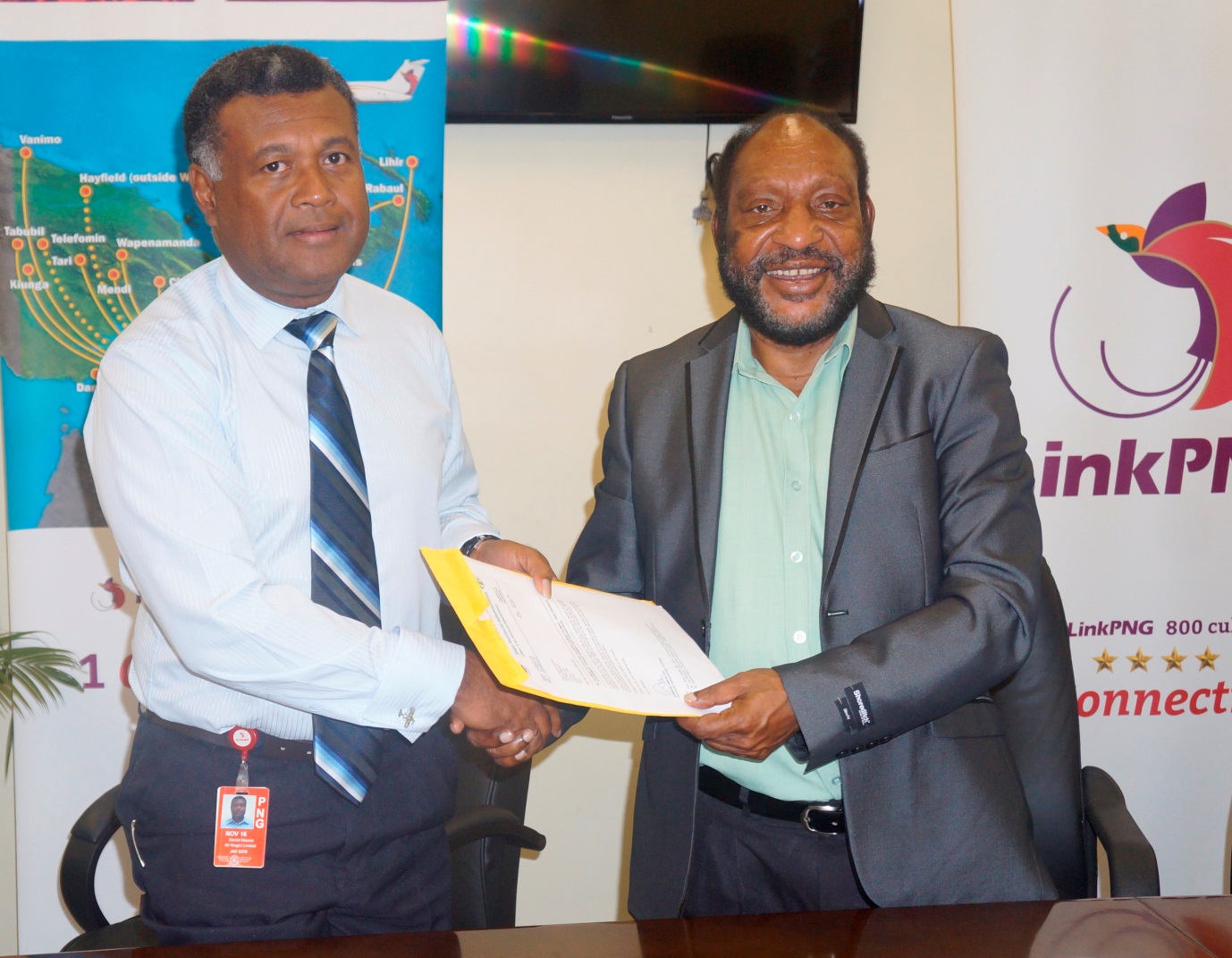 Governor, Peter Ipatas in presenting the cheque said airline services are vital for his province as they save time and costs for the people including public servants who used to travel all the way to Mt Hagen to catch flights.

He said“ Instead of a small person traveling on PMV buses from Enga to Mt Hagen to catch the next Air Niugini flight, the subsidies allow for Air Niugini to continue to fly into Wapenamanda so that people can fly direct to Port Moresby. It also saves the public servants time and costs of hiring vehicles to travel to Mt Hagen.”

He said apart from saving time and resources, this arrangement stimulates and maintains the economy in Enga province.

Link PNG CEO, Daniel Wanma in receiving the cheque said the airline hopes to continue the partnership with the Enga Provincial Government. He hopes the other provincial governments adopt the same arrangement.

“ This joint arrangement has worked well for the Enga Province for a long time and we hope other governors adopt the same model.”

The Enga Provincial Government has been paying airfare subsidies since 2004.